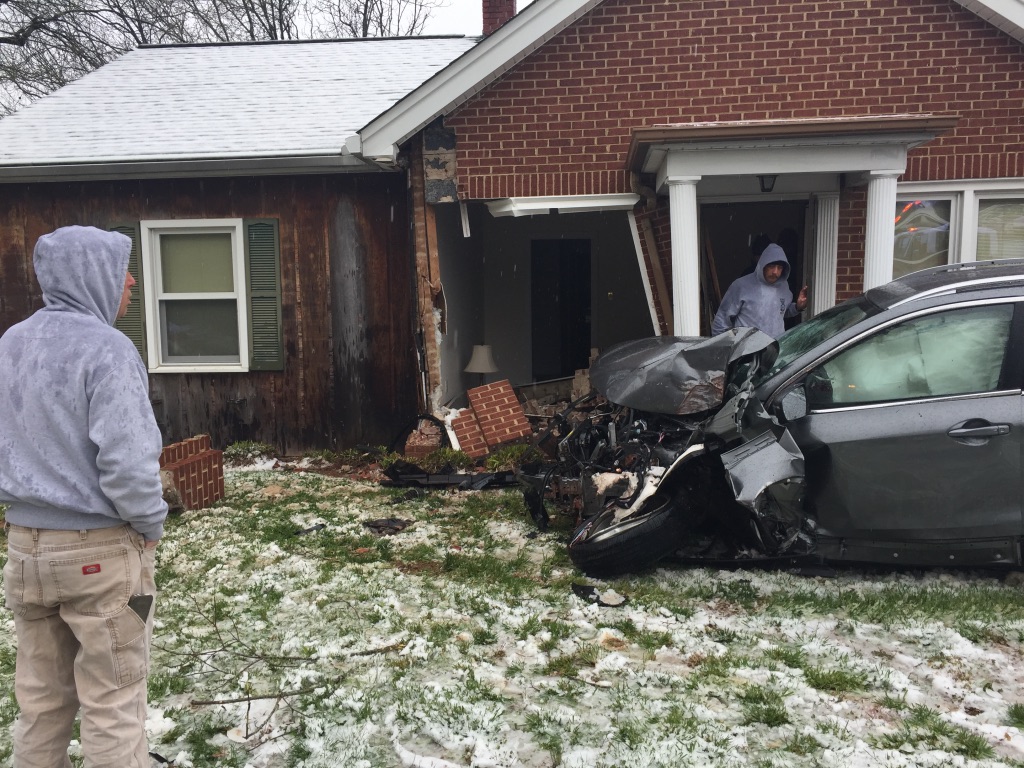 A black Nissan Rouge ran off Palestine Road and into a house.

One of the more serious accidents sent a car into a home on Palestine Road.

Earl Terry Jr. of Badin was driving a black Nissan Rouge north on Palestine Road toward Airport Road when he lost control and slammed into the home, knocking down an exterior wall near the front door of the home, according to N.C. Highway Patrol. The living room of the home was left exposed.  Crews were working to stabilize the structure.

No one was at home when the accident happened. The home belongs to Anne-Marie Harris. Terry was taken from the scene for medical treatment and was treated and released from CHS-Stanly with minor injuries.