RALEIGH — Jane Frances Russell Burris was born on Sept. 16, 1929 in Mt. Gilead and died March 26, 2019 in Raleigh.
She was the eighth of eight children born to the late David Alexander Russell and the late Rose Hinson Russell. 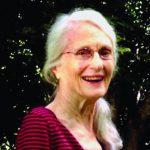