Gigi’s in Norwood is all about family and comfort 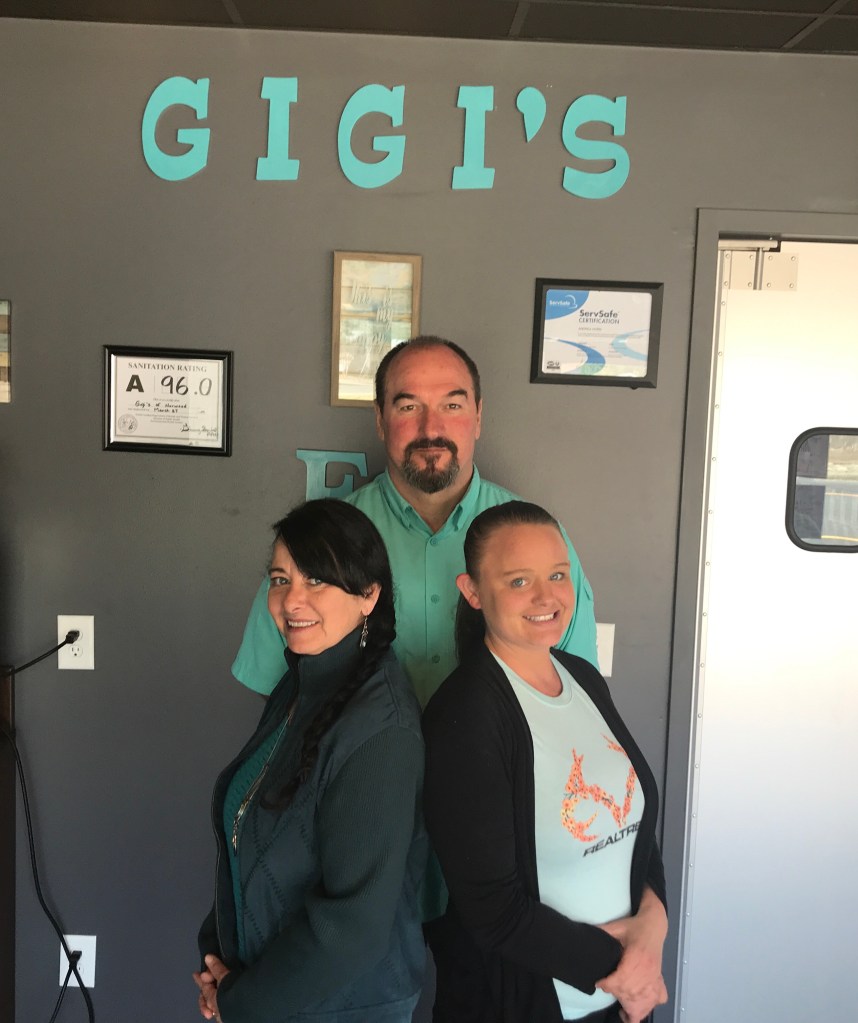 The restaurant wants customers to be as comfortable eating the food as they are conversing with the staff, including owner Jill Hawley, who goes by Gigi.

And her nickname happens to be the name of the restaurant.

Gigi’s, which is owned by Jill and her husband, Timothy, along with their oldest daughter, Andrea Horn, opened March 8. Horn is also the general manager.

Originally from Florida, the family lives in Mount Gilead, but spent several years residing in Norwood.

Norwood clearly made an impact on the family.

“We love Norwood and the community,” Jill said.

Jill has eight grandchildren who all call her Gigi, so the name just seemed fitting for the restaurant, she said.

While this is the family’s first restaurant, both Jill and her daughter have experience in the food business.

Horn has spent more than 15 years working at various food establishments, including Bojangles, Dickey’s Barbecue Pit and Ruby Tuesday, among others, while Jill has more than 10 years of experience, including as manager of a Sheridan Inn restaurant in Florida. 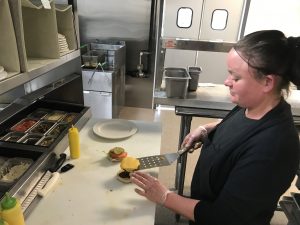 Chef Andrea Horn putting the finishing touches on a cheeseburger.

“We have always dreamed about having our own restaurant,” Jill said. “And so the only place we could think of was Norwood.”

The family decided to open a restaurant around September of last year.  Opening their first restaurant was “a step of faith,” Timothy said.

But so far, Gigi’s has been doing well.

And much of that comes from their expansive menu: it’s several pages and offers a plethora of different breakfast, lunch and dinner meals. 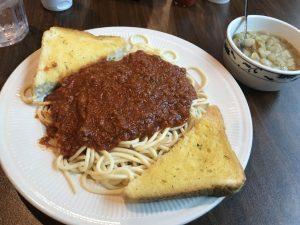 Gigi’s homemade spaghetti sauce and pasta served with garlic bread and a side of lima beans.

And with all the food comes loyal customers.

“They got the best food in Norwood,” said Eddie Schrum.

He is already a regular patron of Gigi’s, along with his wife, Alisca, and 2-year-old son, Johnathan.

The family loves the homemade spaghetti and the western omelet.

Many of the younger customers, including Johnathan, enjoy interacting with Jill and calling her Gigi.

Even though they’ve been open for less than a month, Gigi’s already has a drive-through window and delivery service to people in Norwood. They are also planning on getting their beer and wine license.

The restaurant is looking into having a small jazz ensemble of South Stanly High School students perform on Saturday nights. Jill is looking to book entertainment for Friday nights as well.

Gigi’s is looking to have a community night, where a certain percentage of the proceeds will go to local organizations, schools and churches.

But the family keeps coming back to the message of wanting their customers to be comfortable at Gigi’s.

“I would really love for them to feel like they have just come into a family reunion, that they’re part of the family,” Jill said. “And I want to bring them back. I want the food to be so good that they will come back and tell their friends all about it.”

“It’s like they are going to their grandmother’s house to eat,” Jill added.

And that’s something Jill — err, Gigi knows all about.