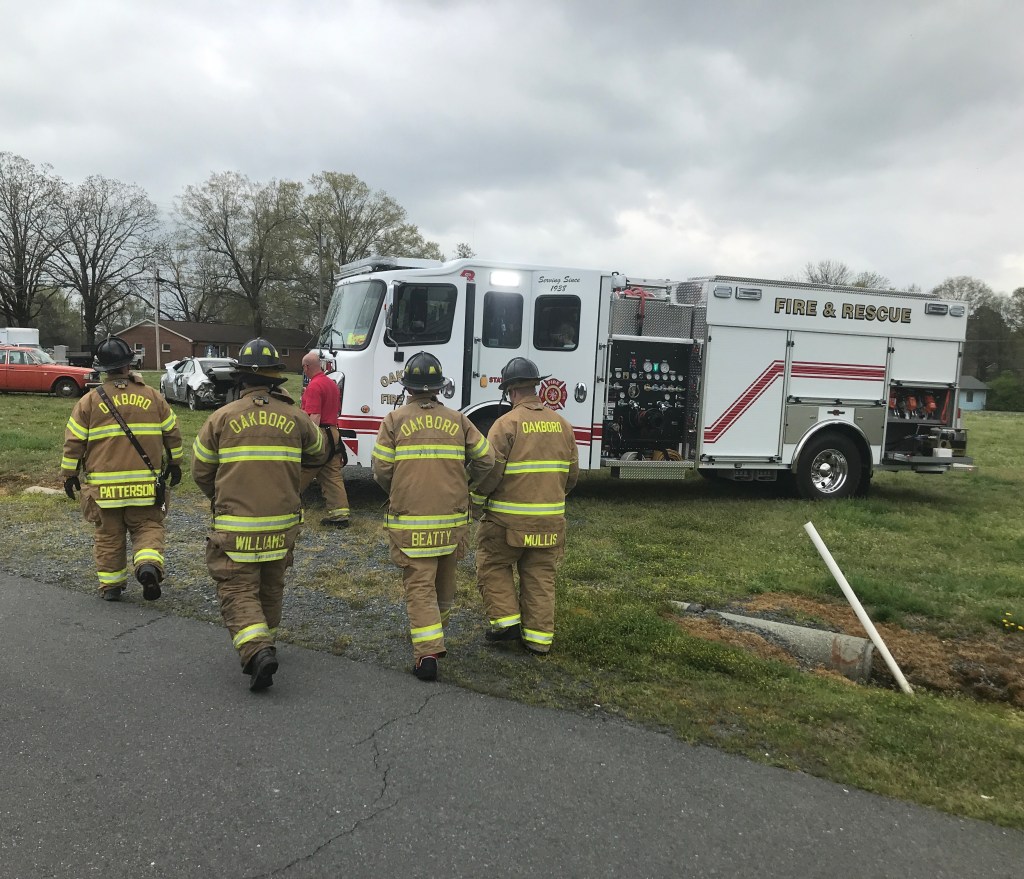 Firefighters walk to the new Oakboro fire truck, which was purchased in October for $520,000.

Residents of Oakboro and other areas in Stanly gathered at the Oakboro Fire Department Sunday afternoon for the department’s open house.

One of the highlights of the event was the new fire truck the department recently purchased.

The new fire truck was bought in October, after the fire department sold one of its trucks in June.

The Oakboro fire department is composed of 31 firefighters and has three fire engines and a fire tanker, Eury said.

The department purchased the new truck outright. Eury stressed to the crowd that the department is debt free. Much of the proceeds from Oakboro’s annual Fourth of July celebration helped pay for the truck.

Many people spoke about the importance of the fire department.

“I like to call Oakboro home because I know we are protected,” said Stanly County Sheriff Jeff Crisco. “I know we can call you all in a minute and you all will be there…I cannot be more proud of the Oakboro Fire Department.”

After the speeches, children gathered as a firefighter taught about fire safety and how to properly put on firefighter gear and equipment. Light refreshments and snacks were also served. 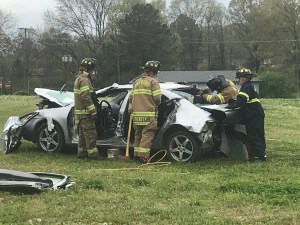 Oakboro firefighter work to remove parts of a car during a mock vehicle extrication. 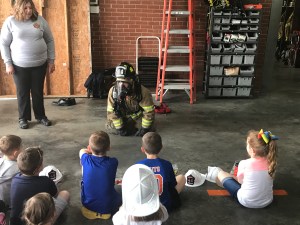 Near the end of the event, people watched as an Atrium Health MedCenter Air helicopter flew around and landed in a grassy area beside the fire department.