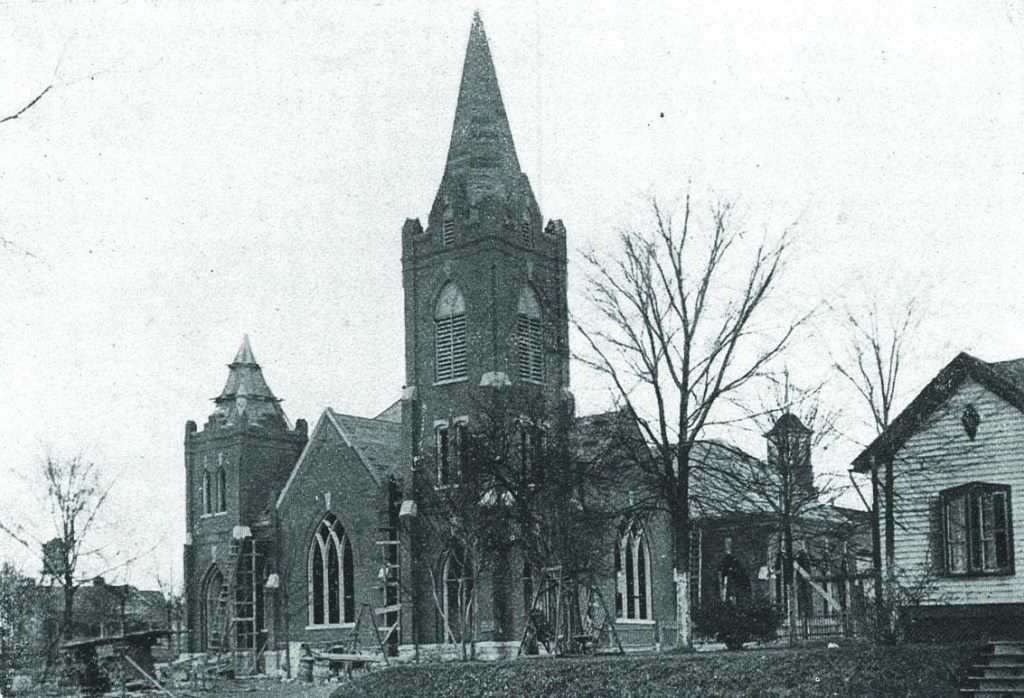 The exact date when Central United Methodist Church in Albemarle began is unclear. Methodist services are known to have been conducted in Albemarle since at least 1852, but they were possibly held 10-15 years earlier.

The first church building, on North Second Street where the current building is today, was constructed of exposed logs.

The following description of the building was found in the May 21, 1925 issue of the Albemarle Press: “A six-foot man could have touched the ceiling and youngsters often jumped from the second story. It was always left open, permitting sheep to run up and down the stairs and pigs to inhabit it. This first little church was used until it almost fell.”

The white frame building continued to be used, however, until 1912 when it was sold at auction.

The congregation then met in the courthouse until the current building was completed in 1913.

A three-story education building was added in 1926 and the parsonage in 1931.

In 1954, a major renovation was done to enlarge the sanctuary. The space was extended by moving the pulpit and choir into an area that had previously served as a Sunday school assembly room.