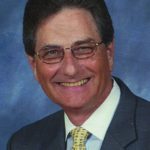 Under his leadership the current church was constructed.

In 1978, Wallace was called to First Baptist Church of Locust, where he retired after 33 years of service.

Retirement ended when he was called to Porter Baptist in Norwood, where he remained until returning to Mineral Springs Baptist Church.