Law enforcement seized 93.3 grams of suspected Fentanyl, $9,212 in cash and a handgun after a search warrant was executed at 505 Jackson St., Badin.

The approximate street value of the drugs seized is $28,000, according to the Sheriff’s Office. 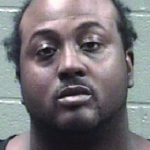