The chief operating officer of Uwharrie Capital Corp. and president and CEO of Uwharrie Bank will retire effective Jan. 2, 2020. 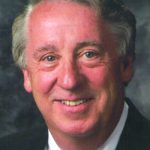 “I have been truly blessed and am extremely grateful to have been a part of Uwharrie Capital Corp. and its unique mission,” Duffey said in a statement. “I would like to thank all the customers, associates, directors and shareholders of our company that I’ve had the pleasure of working with over my time at Uwharrie for their trust and support.”

“We have had a company succession plan in place for our key officers for several years now,” Dick said in a statement.

David Beaver III will take over as president of Uwharrie Bank and chief risk officer of Uwharrie Capital. He will continue to be CFO of the company and the bank.

Jason Andrew, who is senior vice president of ebanking at Uwharrie, will assume a new position as executive vice president and chief information officer.

This story is from the North Carolina Business News Wire, a service of UNC-Chapel Hill’s School of Media and Journalism.