YMCA plans to renovate its pavilion 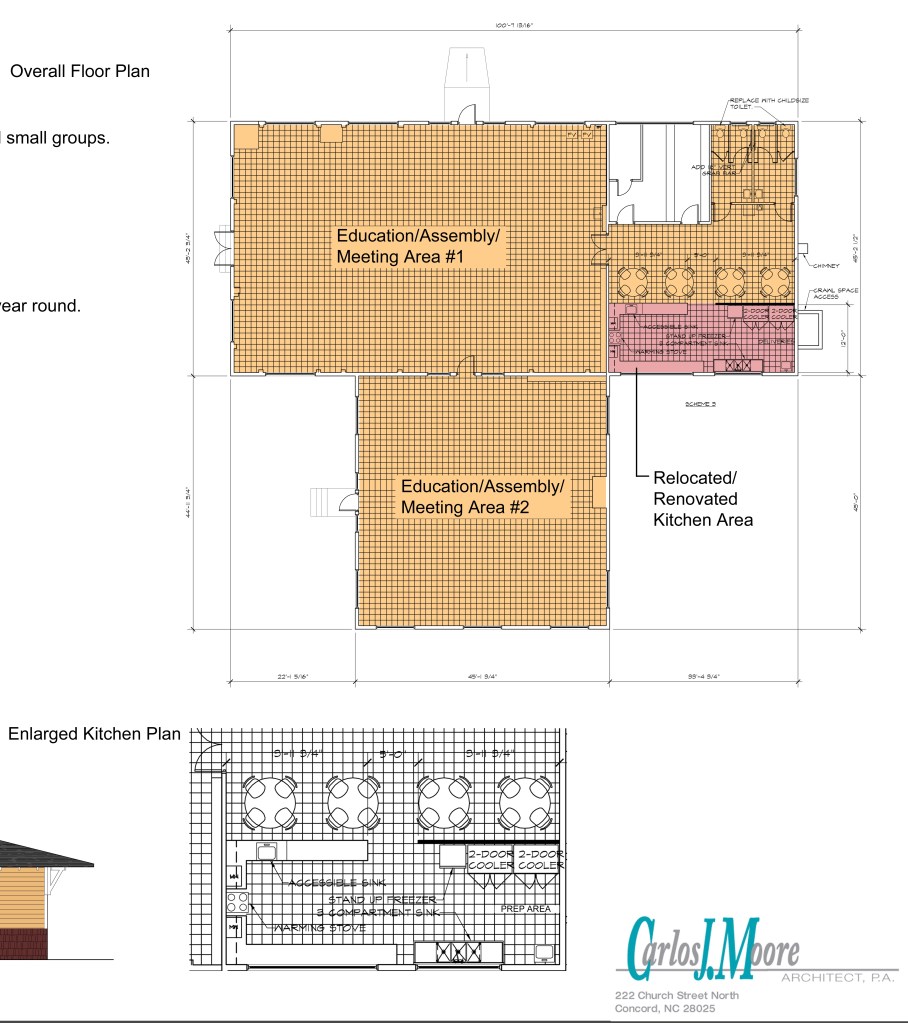 The floor plan for the updated pavilion at the YMCA Park.

After many years of consistent wear and tear, the C.B. Crook Pavilion across from the Stanly County Family YMCA in Albemarle is about to get a renovation.

The YMCA hopes to renovate the interior and exterior portions of the building.

For the interior, the YMCA plans on leveling out the existing floor since many tiles have come undone and replace it with vinyl plank flooring. Plans also include replacements of toilets and partitions and providing a kitchen suitable for feeding large groups of people. 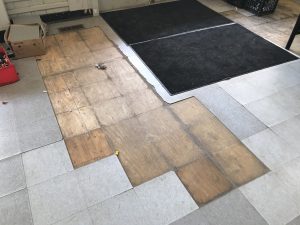 The YMCA wants to level out the existing floor (there are many tiles that have come undone) of the pavilion and replace it with vinyl plank flooring.

For the exterior, the YMCA plans on replacing the base of the building with new cedar shakes, refurbishing (and possibly replacing) the siding on the upper portion of the building, repainting the building and replacing some of the older windows with more energy efficient vinyl windows. 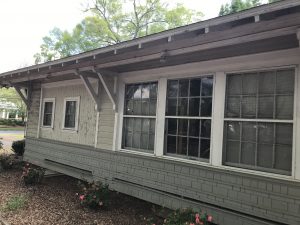 The YMCA wants to repaint the pavilion and replace the windows with more energy efficient vinyl windows.

The YMCA has raised roughly $250,000 through various foundations and private donors for the project, but it is still short of its goal of $450,000, Stanly County YMCA CEO George Crooker said. S & D Construction, which will perform the renovations, evaluated the building and determined the costs would be around $450,000.

For many people who grew up in Stanly, the building, which was created in 1918 as a skating rink, carries a special significance and so “that’s one of the reasons we are trying very hard to keep the architecture the same,” Crooker said.

“We want to try and keep the nostalgia and we just want to make it a little bit nicer than it is right now,” Crooker said. “The pavilion just needs a little tender loving care.”

The pavilion is used daily for after-school programs. It’s also used by civic and church groups and for special events.

Crooker hopes the renovation project will start around the middle of October and finish sometime by the end of next April. He hopes most of the $450,000 will be raised by August.

The YMCA Park’s playgrounds should not be affected during the renovation, Crooker said. He hopes to install a water fountain beside the bathrooms in the YMCA Park.

The Albemarle Rotary Club is partnering with the Stanly County YMCA to help raise funds for the renovation. The club has committed to sponsoring the new kitchen renovation and has pledged $25,000 for the renovations, said Crooker, a member of the club.

The Rotary Club will have a reverse raffle fundraiser from 3 p.m. until 5 p.m. June 1 in the Magnolia Room at Carolinas Healthcare System Stanly.

The reverse raffle event will include food and drink, a DJ and other activities.

The building “has great roots, we just need to put a little fertilizer on it and let the flowers bud,” Crooker said.

For more information on the raffle, go to http://www.albemarlencrotaryclub.org. Tickets are available at the YMCA, Starnes Jewelers and Second Street Sundries.