Stanly County Sheriff’s Office responded to a report of a sexual assault of a 69-year-old female in the New London area April 17.

The survivor was transported by ambulance for medical evaluation, 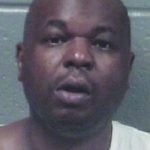 according to the Sheriff’s Office. Information gathered from interviews and investigations led detectives to arrest and charge J-Mar Lavon Benjamin.

Benjamin, 40, of New London, has initially been charged with felony breaking and entering, felony attempted second-degree forcible rape, felony first-degree kidnapping and assault on a female.

Benjamin was transported to the Stanly County Detention Center where a magistrate set a secure bond of $113,500.

Benjamin has an initial court appearance of Monday in Albemarle NC.

Additional charges are to follow, according to the Sheriff’s Office.