At last, the fight for the dam in Badin appears to be over.

The decade-long battle has continued since the state requested the federal recapture of the dam in 2009. The state has confirmed it will not appeal to the U.S. Supreme Court.

“I can confirm that the state will not seek an appeal in this case,” Laura Brewer, a spokeswoman for the North Carolina Department of Justice, said via email on Monday.

The state has fought a decision granting Alcoa Power Generating, Inc. an operating license for the Yadkin Hydroelectric Project for years.

The 50-year operating license Alcoa received in 1958 was close to
expiring when the company applied for another license in 2002.

In 2009, the state requested that the Federal Energy Regulatory Commission recommend a federal recapture of the dams and subsequently transfer it to the state. This signaled the beginning of the battle for the Yadkin Project.

That year, Alcoa announced that Badin Works would close and, in 2016, said the Yadkin Project would be sold to Cube Yadkin Generation LLC. A license transfer was approved in September 2016 and FERC declined the state’s request to recapture the Yadkin Project.

In 2017, FERC would not agree to North Carolina’s request for a rehearing, so the state petitioned the court. The U.S. Court of Appeals for the District of Columbia Circuit upheld the order granting Alcoa’s
license, reaching a decision in January this year.

Although the court sided with Alcoa, at the time the court noted that “North Carolina had and still has options for obtaining the Yadkin Project if it so desires.”

The idea of a federal recapture was shot down, but the court said that “during the application period, North Carolina could have filed its own competing application… The state could potentially have initiated a condemnation proceeding of the Yadkin Project, acquiring title for ‘just compensation’ to the licensee… And North Carolina could have negotiated a transfer from the state.”

Questions to Brewer about what dropping the fight means for North Carolina, or Stanly County and Badin, were not answered.

Jay Almond, town manager for Badin, said that if this truly is the end of the legal battle, several opportunities will become available.

“Dominoes will start falling that will lead to great local and regional projects and recreational enhancements,” Almond said. “In most cases, projected outcomes will be pretty clear-cut such as new state and municipal park acreage and public lake access enhancements, but some instances will open new discussions that can’t really begin until those things get underway.”

“In Stanly County, the Town of Badin will accept a waterfront park land donation of about 14 acres and right next door, Morrow Mountain State Park will accept roughly 1,180 acres of forest land bordering Badin and the Falls Reservoir at Uwharrie National Forest,” Almond said. “That kind of connectivity with existing Morrow Mountain State Park in Albemarle and new forested park land in Badin will strengthen public offerings in the area and that’s great.” 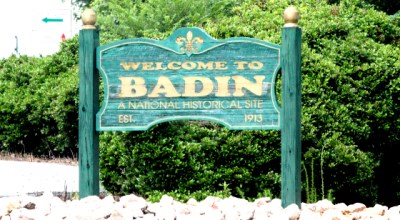 National Guild of Piano Teachers to have auditions