Economics sometimes suffers from a bad image. Economists are famous for disagreeing over public policies. Economics has its own language which is almost impenetrable for those without a degree in the “dismal science.” And speaking of dismal, many have the opinion economics provides little help for everyday decisions.

I’ve spent much of my almost 42-year career as a professional economist trying to dispel these notions, both to the students I’ve taught and the audiences attending my public talks. I think there are numerous practical usages of economic principles — uses that anyone — even those with an economics degree — can apply. 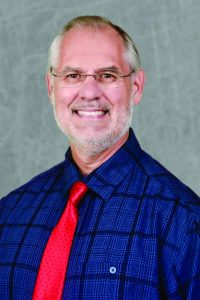 One of the best is how to adjust for inflation. Most people know what inflation is. It’s the general increase in prices in the economy. Some also refer to it as the increase in the cost of living. The point is, it costs more — in dollars — to live today than it did in the past.

We sometimes have an almost nostalgic view of inflation. How many times have you heard someone like me — a senior citizen — wistfully mention a memory of gas prices being 30 cents a gallon, compared to $2.50 today. It makes us wish for the “good ole days.”

We also often look at what people earned in the past and feel bad because they were paid so little. My first paying job in 1967 was in fast food (the store had “golden arches”), and I was paid $1 an hour. When I tell students this today, they can’t believe how apparently poor I was. But because most everything is more expensive today than in 1967, earning $2 an hour in 1967 would be like making $7.68 an hour today.

You can make similar comparisons for past dollars to current dollars using the following government website: https://data.bls.gov/ cgi-bin/cpicalc.pl. It will give you a whole new perspective on the value of money years ago.

There’s another practical use of inflation when tracking your pay. Think about this question. Would you rather get a 3 percent raise or a 9 percent raise? I know what you’re thinking — is this a trick question?

In a way it is. Let’s say the inflation rate when you receive the three percent pay boost is two percent, but it’s 10 percent when the 9 percent raise is given. A raise puts more money in your pocket, but higher inflation — which means higher prices — takes it away.

Economists have an easy way to handle this situation. It is to calculate the “real” pay raise. In this context, “real” simply means to subtract inflation. So, when your pay raise is 3 percent, but inflation is 2 percent, that means your “real” raise that year is 1 percent (3 percent minus 2 percent). Translated, this means in that year you outpaced the rise in the cost of living by 1 percent.

In contrast, when the pay raise is 9 percent but inflation is 10 percent, you’ve actually lost ground by 1 percent, meaning a “real” pay raise of -1 percent (9 percent minus 10 percent). Here, you’re actually worse off than in the previous year in terms of what your salary can buy.

You can make similar comparisons for investment returns. Your “real” return on money you have invested is the interest rate earned on the investments minus the inflation rate.

Let me conclude with something else most of us do — borrow money. There are two lessons I want to discuss.

First, what determines the level of interest rates charged for borrowing money?

There are two factors in the answer. One is — once again — inflation. Inflation makes future dollars buy less. So if a financial institution is going to lend you money now and have you repay it years in the future, the institution will certainly incorporate the expected inflation rate in the interest rate they charge. If not, they’d lose money — in purchasing power terms.

This means interest rates on loans tend to rise and fall with the inflation rate. A big reason why lending rates are fairly low today is that inflation is low.

The second factor behind borrowing costs is another rate (again called the “real” rate) that, in this case, incorporates costs to the lender, risks of nonpayment by the borrower, and a profit for the lender. This “real” rate will vary, mainly with the borrower’s risk. The total rate charged on the loan is therefore the expected inflation rate plus the real rate.

The second lending lesson is the “word of the day” — amortization. Amortization is the process of the borrower paying off a loan over a number of years with regular payments. Car loans and home loans are examples. Often the regular payments are equal in size.

With regular payments of the same size, the early payments include mostly interest on the loan and very little of the loan amount. This is because in the early years most of the loan is still unpaid, so the interest component will be substantial. The longer you pay the loan, more of each payment goes to reducing the loan amount and less goes to interest.

So there you go — several examples of practical and useful economics at work. Maybe we’ll rename economics the “useful science” rather than the “dismal science.” Or have I gone too far? You decide.

Mike Walden is a William Neal Reynolds distinguished professor and extension economist in the Department of Agricultural and Resource Economics at North Carolina State University who teaches and writes on personal finance, economic outlook and public policy.

MIKE WALDEN COLUMN: Has there been some good news on income inequality?