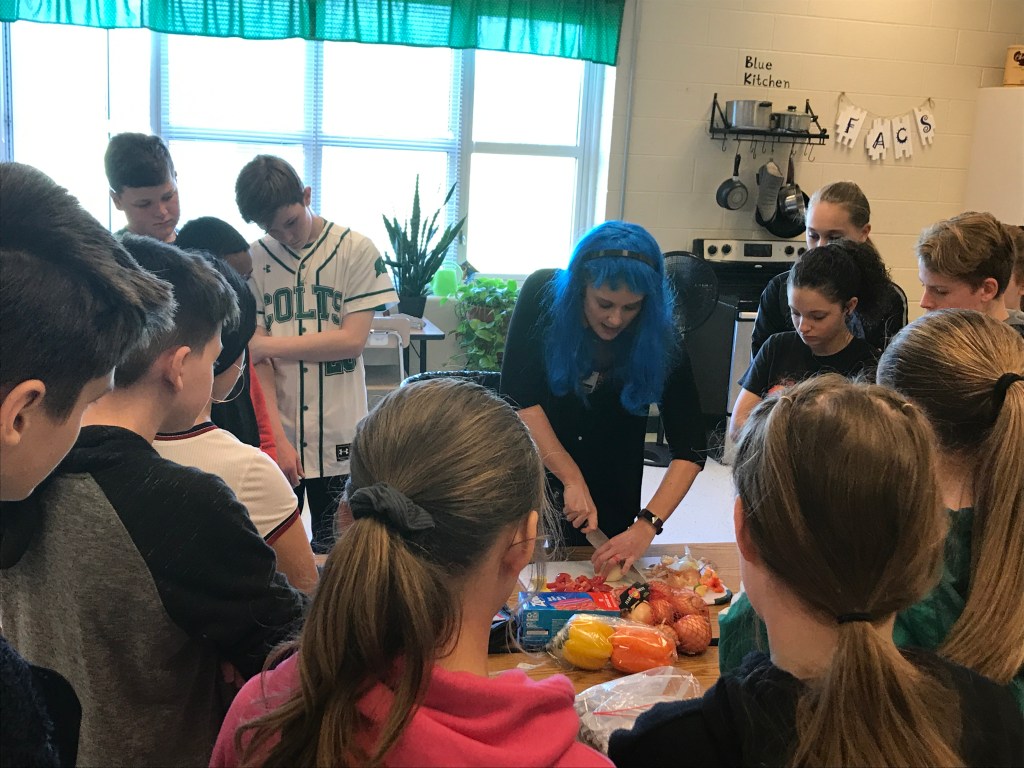 The West Stanly Middle School seventh graders were misty-eyed at the end of their Family and Consumer Sciences class.

Blame it on the onions.

Jane Ellen Honeycutt’s FACS classes have been collaborating with N.C. Cooperative Extension’s Family and Consumer Sciences to teach Teen Cuisine classes focused on child nutrition and food safety. It’s a five-week program and involves students learning about food, including how to cook and eat.

West Stanly is the only middle school in Stanly that has a family and consumer sciences class.

A recent lesson titled “You are what you eat” focused on properly cutting bell peppers and onions.

“Onions are one of our vegetables that have a lot of flavor,” Cowell said, “while peppers add a lot of different color, and the more color we have the more nutrients we’re going to have in our recipes.”

After the tutorial, the students cut their own vegetables at their tables.

“This is a safe place to make mistakes,” Huneycutt said.

Once the students finished cutting their bell peppers and dicing their onions, they placed them in bags to be used for a meal the class would make later.

“My favorite part of class was cutting up the peppers,” said Makaleigh Lowder. 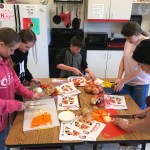 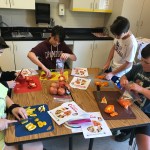 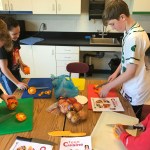 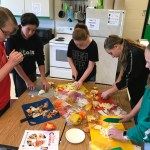 Huneycutt’s classes have already learned to cook several dishes including Sun Drop cake, cookies, hummus, smoothies and waffles, she said. The students cook about two to three times per week.

The students got to eat bell peppers and hummus after they cut their vegetables.

After cutting and eating the vegetables, Cortney Huneycutt, family and consumer sciences nutrition program assistant, spoke to the students about portion control and MyPlate, the current nutrition guide that replaced the Food Pyramid.

MyPlate is divided into four sections of approximately 40 percent vegetables, 30 percent grains, 20 percent protein and 10 percent fruit, accompanied with a smaller circle representing dairy, such as a glass of milk, according to information on MyPlate’s website.