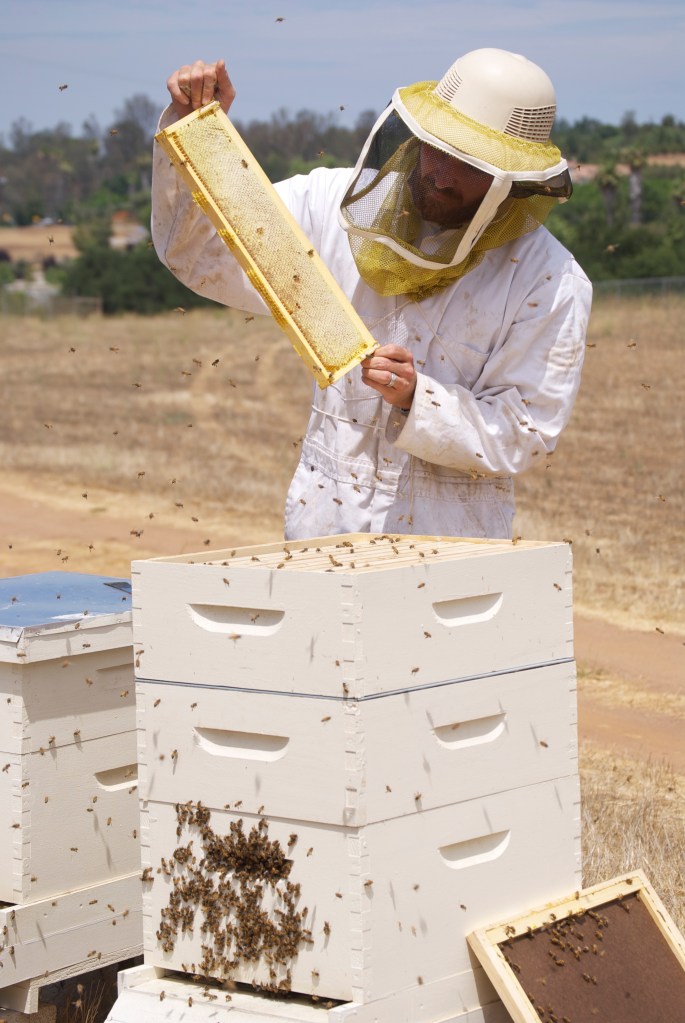 Are bats critical to tequila?

These are a few of the questions answered in Jodi Helmer’s new book “Protecting Pollinators: How to Save the Creatures That Feed Our World.”

Helmer, a freelance journalist who has written about food and farming, has called Albemarle home with her husband, Jerry, for almost three years. 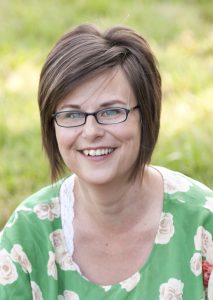 Jodi Helmer is a freelance journalist in Albemarle who enjoys beekeeping. She recently wrote a book about protecting pollinators. (Photo Credit: Jodi Helmer)

About seven years ago, Jerry decided he wanted to keep bees. Helmer bought him a beginner beekeeping kit for Christmas.

“He was super into it and I was terrified of the bees,” she said.

She didn’t know much about bees and didn’t want to learn.

But a funny thing gradually started to happen: the more Jerry enjoyed the bees, the more Helmer found herself enjoying the bees. She became fascinated with “the complexity of the lives the bees led inside the small wooden box.”

Helmer began to write about bees, asking local beekeepers and entomologists all kinds of detailed questions.

After writing several bee stories for NPR, an editor from the Island Press, a nonprofit publisher, asked Helmer if she was interested in writing a book about pollinators.

“It was a topic that I was really interested in and so it was just a nice marriage,” she said.

After reading several books, talking to numerous experts and attending “bee school” at the local extension office, it took Helmer a year to write the book.

Though honeybees and monarch butterflies are probably the two most famous pollinators, there are more than 200,000 pollinators, including species of birds, bats and insects.

Bees pollinate when they grab onto a flower and flex their flight muscles, which causes flowers to vibrate and release pollen.

Cross-pollination allows the creatures to feed on the nectar produced from the plants while the plants receive the pollen, which allows them to fertilize and produce seeds.

“The more I learned about honeybees,” Helmer writes in her book, “the more I learned about pollinators. I started noticing sweat bees hovering over the clover in our yard and carpenter bees burrowing into the wood; I watched as hummingbirds alight at the feeders filled with red nectar that hung in the garden.”

“The easiest way to connect people to caring about this is food,” Helmer said. “One out of every three bites of food that we eat is a direct result of pollination.”

Pollinators fertilize one-third of the crops that people eat, according to the book, including many fruits (including grapes, essential for wine), vegetables, coffee, chocolate (made from cacao beans) and tequila (which comes from the blue agave plant).

Long-nosed bats are critical for tequila production. They cross-pollinate blue agave plants, transferring pollen grains from one agave plant to another.

But there are major threats to pollinators such as habitat loss, pesticides, climate change and invasive species, Helmer said.

There are around 73 pollinators on the endangered species list including the lesser long-nosed bat, the rusty-patched bumblebee and the Mariana wandering butterfly.

In areas where the native environment is so decimated, like certain parts of southwest China, where wild bees have become eradicated, people actually have engaged in hand pollination. Chinese farmers have taken tiny brushes to individually pollinate flowers.

Several researchers have created robot drone bees to artificially pollinate plants. About the size of a hummingbird, these drones are steered by remote control.

Sometimes, in the absence of native pollinators, invasive species can accidently take over the role. Helmer mentioned in her book that in one island off the coast of New Zealand, which had lost a number of its native pollinators, ship rats took over pollination duties. Whenever the rats drank nectar, pollen would stick to their fur and would be dispersed to other flowers.

There are ways people can help protect pollinators, she said.

One way is to garden with native plants that have often co-evolved with pollinators. Another is to select a diversity of plants that can provide continuous bloom all year.

Other ways include providing clean water to pollinators (Helmer recommends a shallow dish or birdbath); choosing plants with different colors, shapes and scents because pollinators are attracted to different flowers; and embracing organic pest control which can range from beneficial insects to products proven to have minimal impact on the pollinators.