Revised site plan for Elm Street Project to be presented 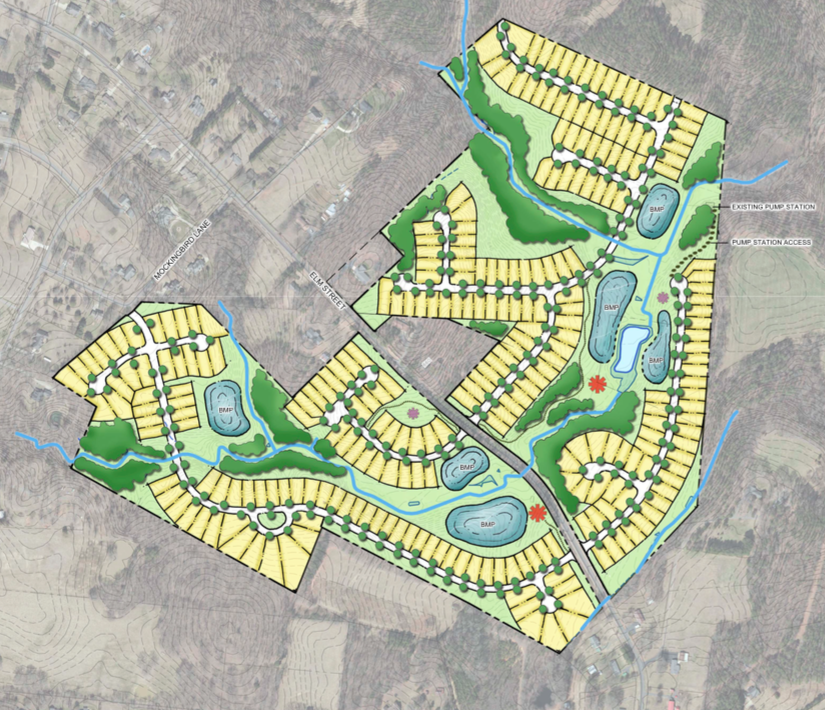 The new plan includes changes requested by the city staff following the March Locust City Council meeting, where the council received comments from the public about the proposed subdivision.

The city staff had two working sessions with the developer on March 21 and April 3.

The open space proposed remains unchanged at 40 acres, or 33 percent of the entire site. Amenities include at least one playground and pocket or dog park for each side of Elm Street.

The city also requested a road to connect the subdivision to South Beverly Drive to facilitate access to N.C. Highway 24-27.

The subdivision is still planned to connect to Mockingbird Lane, but the road will be barricaded until the project is complete to avoid construction traveling on Mockingbird Lane and other streets.

The city and Hopper Communities recently met with the N.C. Department of Transportation and they are requiring a turning lane along Elm Street.

Hopper Communities is scheduled to present the revised site plan to the City Council at 7 p.m. May 9 during the council’s meeting.