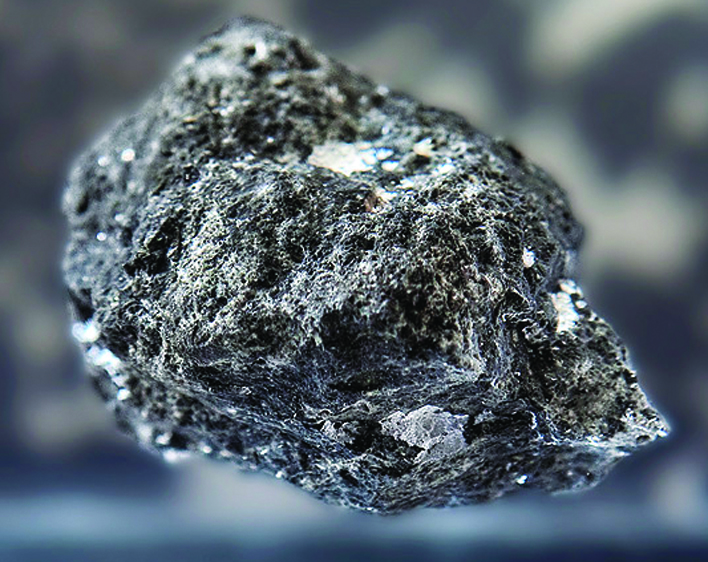 A moon rock will on display at the Stanly County History Center for a short period this month in celebration of the 50th anniversary of man's first steps on the moon in July 1969.

This July marks the 50th anniversary of the Apollo 11 lunar landing mission and a number of events are underway to commemorate this event.

The Apollo 11 Command Module and other flight artifacts are on display in Seattle’s Museum of Flight, and Neil Armstrong’s space suit has been restored for display at the Smithsonian’s Air and Space Museum beginning on July 16, 50 years from the launch date of Apollo 11.

A number of events are planned to showcase the lunar rock display and also the full-scale Apollo Command Module mockup that Albemarle native Brad Perry and his father built that has been on display at the History Center since April 2018.

The lunar rock is an Apollo 14 sample collected by astronaut Edgar Mitchell on his way back to the Lunar Module after visiting Cone Crater on Feb. 6, 1971. It weighs 115 grams and is a fragment of the original rock which weighed 2,737 grams when returned to earth. It is a very old impact melt breccia, approximately 3.9 million years old, and is older than 99.99 percent of all earth surface rocks, Perry said.

Most people remember Apollo 14 as the mission where Alan Shepard got to fly again in space, after being medically grounded for years following his suborbital Mercury flight aboard Freedom 7 in 1961. He is also known for hitting the two golf balls on the Moon.

“My father and I started building my Command Module mockup in June 1969, one month before the historic Apollo 11 lunar landing mission,” Perry said. “Dad donated a week of his vacation time so that we could build the mockup, and by the end of the week we had only the floor finished. This was the start of a two-year effort to build the entire Command Module mockup as accurately as we could.”

Coverage in The Stanly News & Press led to national and international coverage of the project, including a “Carolina Camera” feature carried full-length on the “CBS Evening News with Walter Cronkite.” Additionally, the U.S. Information Agency made a short feature film on Perry’s mockup and distributed it to more than 100 countries.

“Following the completion of the Command Module mockup, I simulated a portion of the Apollo 15 mission in July 1971, and trained for nine months to be ready to simulate the full Apollo 16 mission,” Perry said. “To prepare for Apollo 16, I studied celestial navigation at the Morehead Planetarium in Chapel Hill as the astronauts did, and I spent several days in Houston training on the Command Module procedures, checklists, and other mission details that I needed to be ready for Apollo 16. I subsequently simulated the entire Apollo 16 mission in real time, remaining inside the Command Module mockup for the 11-day mission in April 1972 and duplicating the flight plan activities of the actual crew.”

Perry will present interactive short educational talks at 10 a.m. and 4 p.m. May 7 and May 8 to kick off the lunar rock display.

The Stanly County Library and History Center are scheduled to present a children’s program, “Moon Rock Story Time,” at the History Center at 2 p.m. May 17 designed around the library’s summer reading theme, “A Universe of Stories.”

On May 20, Perry will return for another short educational talk at 4 p.m., and the closing event of the Apollo lunar rock and Command Module mockup display, a 7 p.m. lecture in the sanctuary of Central United Methodist Church.

The presentation, “The Apollo Program: Looking Back 50 Years Later,” will be followed with a reception and final viewing opportunity to see the Apollo lunar rock and Command Module mockup on display.

“My father and I built the Command Module mockup in Albemarle and I simulated the Apollo 16 mission in Albemarle, so returning it home to Albemarle has been very special for me personally,” Perry said.