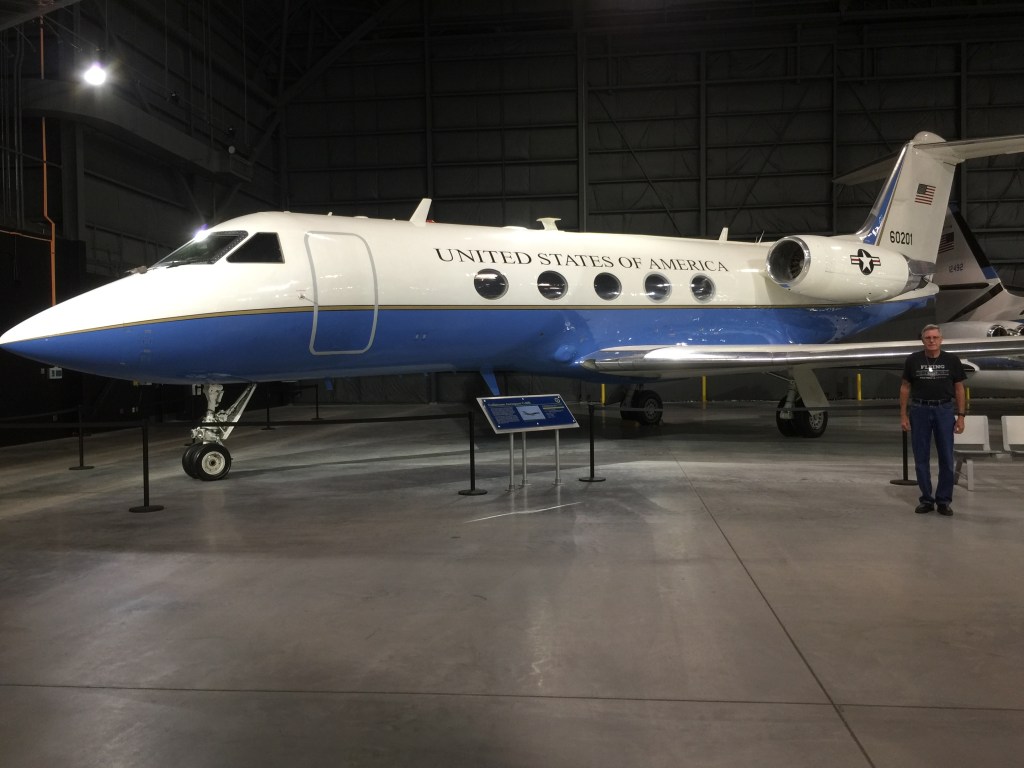 Darrell Hudson in front of a C20-B aircraft at the National Museum of the Air Force in Dayton, Ohio. (Photo credit: Darrell Hudson)

Darrell Hudson of Albemarle has had quite the aviation career, with notable stops with the Air Force in Charleston, Hawaii and Washington, D.C.

For his 50 years in aviation maintenance, he was honored late last month with the Charles Taylor Master Mechanic Award, presented by the U.S. Federal Aviation Administration. 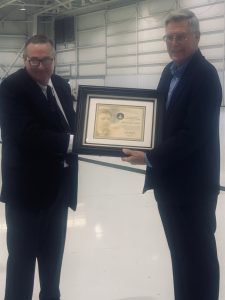 Originally from Cottonville, Hudson grew up working on cars.

“I was always mechanically inclined,” he said.

After high school, Hudson dodged the draft and enlisted in the U.S. Air Force in 1969. At the time, Hudson didn’t know what he wanted to do.

“By joining the Air Force, they determined what my career was going to be,” he said.

After Hudson finished basic training at Lackland Air Force Base in San Antonio, he went to the Chanute Air Force Base’s technical training center for maintenance in Illinois. He looked after the B-52 aircraft and was also an honor graduate.

He was assigned to the Charleston Air Force Base, where he completed training on and maintained C-141A aircraft. He also performed duties as an inspection team lead and trained non-commissioned officers.

He was in Charleston for 10 years, before he was assigned to the 6594th Test Group in Hickam Air Force Base in Hawaii in 1979.

Hudson was the inspection dock chief, responsible for overseeing maintenance and inspection of C-130 aircraft.

The 6594th Test Group was primarily concerned with retrieving small film canisters, about the size of a garbage can, in midair that had been ejected from some of the United States’ earliest spy satellites.

“These were photo capsules of national importance,” he said. He never actually got to see the film canisters.

It was a secret operation and the large portions of the group’s information was classified until 1995.

Hudson’s role was to take care of the recovery gear used to pull in the film canisters on the HH-53 aircraft.

While in Hawaii, he earned an associate’s degree in aircraft maintenance technology from the Community College of the Air Force.

Hudson was stationed in Hawaii from 1979 until 1985. In 1982, he was honored with the Outstanding Aircraft Supervisor/Manager of the Year for Air Force Systems Command Award.

Hudson completed his Air Force career in the Washington, D.C. area as maintenance superintendent for the 89th Organized Maintenance Squadron and 89th Military Airlift Wing in Andrews Air Force Base in Maryland.

When he got to D.C., Hudson obtained the grade of chief master sergeant, the highest enlisted level of leadership in the Air Force.

Hudson and his wife, Sheila, got to meet a few famous people while in the D.C. area, including Princess Diana and Prince Charles in 1985.

Any foreign distinguished guests who were planning on meeting President Ronald Reagan would fly into Andrews Air Force Base, Hudson said.

Hudson and Sheila, along with many other members of the military and their families, waited in a long line for hours to greet Diana and Charles as they landed at Andrews.

As Sheila was trying to capture a picture of Charles, she remembered that she muttered, “Oh, my camera is out of focus.”

Hearing this, Charles stops by Sheila and tells her, “never be out of focus,” she said and then she was able to take a picture of him. They shook hands with both Charles and Diana.

Hudson retired from the Air Force after a 20-year-career in 1989. During his time in the Air Force, Hudson received his FAA Airframe and Powerplant license, his inspection authorization license and he earned the GIII and GV Master Technican awards from Flight Safety International.

He continued aviation maintenance as a KC-10 crew chief/lead with Lockheed Aeromod Center in Greenville, S.C. for four years. He was in charge of a crew of 8-12 crew members.

After Greenville, Hudson and his family came back home to Stanly in 1994. He was a shop foreman maintaining Beechcraft 200 and 1900C aircraft with Inglewood Aviation at the Stanly County Airport for six years.

In 2000, Hudson established the aviation maintenance department for Hendrick Motorsports.

Hudson resides in Albemarle with Sheila. They have been married for 50 years and have two children and six grandchildren.

Granddaughter Cortney Seighman recently went into basic training at Lackland 50 years from the week that Hudson graduated from basic training.

“Over my career, there’s always been a carrot dangling out there,” he said. “When I was in the Air Force, it was to make rank as quick as I could and do the best job I could. Once I retired from the Air Force, then there were other goals” that he has since met.