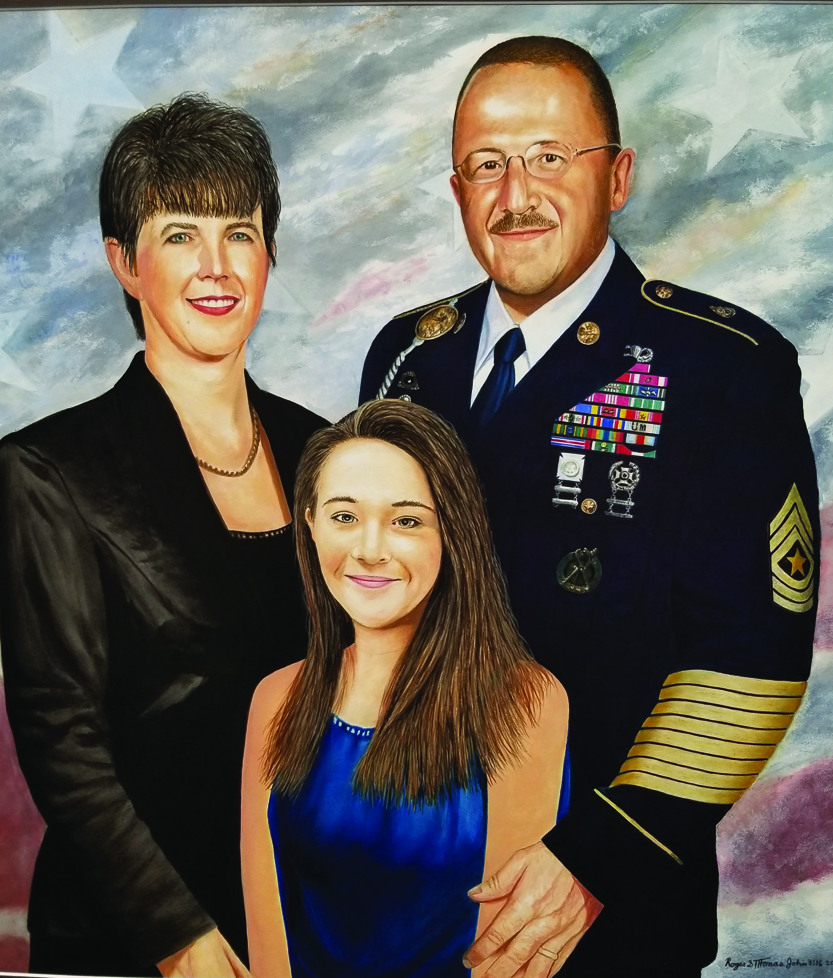 SGM (Ret.) Michael and Lisa Williams, of Oakboro, celebrated their 25th anniversary on April 30, 2019. The couple has one daughter, Leah, 18, who honored her parents with an anniversary dinner on Saturday, April 27, at Meadow Creek Primitive Baptist Church in Locust, of which the family is members and the SGM is a Deacon.

The dinner was attended by a full house of family and friends with the evening culminating in their daughter presenting the couple with this original oil painting of their family for which she had commissioned of Albemarle artist Roger S. Thomas.

The Sergeant Major retired in 2011 from the U.S. Army following a 30-year career and currently is employed by the U.S. government as a contracts compliance officer and Mrs. Williams is a 20-year employee of Cap Yarns in Oakboro.