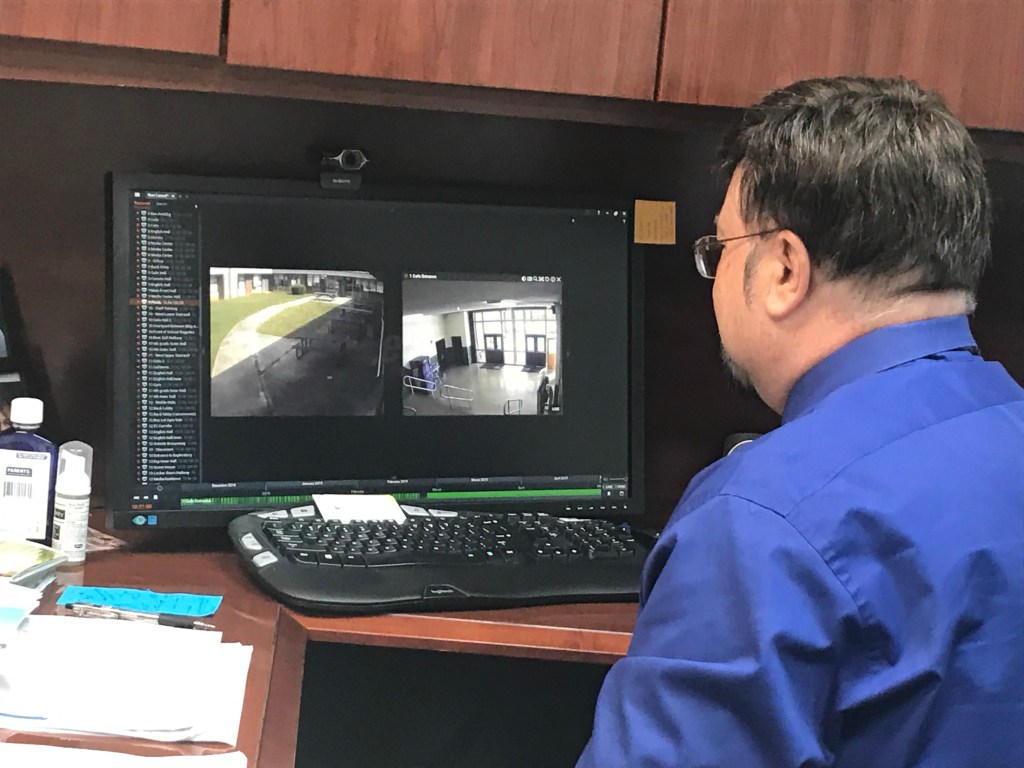 The quarter-cent sales tax that was narrowly approved during last November’s election is already helping to improve school safety, even though Stanly County Schools has not received any money yet.

The tax, which passed with 50.86 percent of the vote, has allowed the school system to add Digital Watchdog security cameras to all of the elementary schools, something already in place at the middle and high schools.

SCS has access to cameras at every school in the county. SCS can watch live footage and replay past video.

Elementary schools can have up to 16 security cameras while middle and high schools have considerably more, Bowers said.

East Albemarle Elementary School, for instance, recently received six security cameras to go with the four it already had.

The cameras are strategically placed throughout the school.

The administration has access to camera footage on any of their digital devices. 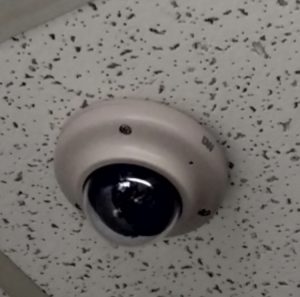 Even if Principal Jonathan Brooks is away from school, he can access any of the security cameras on his phone.

Middle and high schools have received additional security cameras. It costs around $20,000 for camera in each middle school and about $25,000 for the security cameras in each high school, Bowers said. The school system also converted the high school analog cameras to digital cameras.

Superintendent Dr. Jeff James is hoping to be able to allow 911 dispatchers to be hooked into school security cameras in case a crisis occurs. Law enforcement already has access to the school’s security cameras.

“And so if somebody calls from Richfield Elementary or one of the other schools and says ‘active shooter,’ then you (dispatcher) can actually pull up the camera from that school and talk to the officer en route, telling them where in the school the shooter is located,” James said.

“Every second you can shave off is a life that’s saved,” James added.

Each school system in the state is required to put all of their school’s floor plans on a secure website, which law enforcement can access.

LobbyGuard notes a visitor’s information, prints a label for them and scans their driver’s license to make sure they are allowed on campus. Registered sex offenders or those banned by Stanly County Schools would be identified through the system.

The total cost of LobbyGuard for the schools was roughly $50,000, Bowers said.

“It’s another tool to increase school safety,” Brooks said. “I support anything we can do to increase the safety and security of our staff and students.” 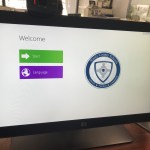 LobbyGuard is a visitor identification system which the school system installed in every school this semester. 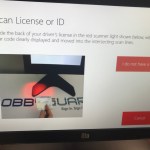 Visitors have their drivers license scanned through LobbyGuard when they enter the schools.

The school system doesn’t expect to see any money from the sales tax until July, James said.

Because the school system has already paid to install the security cameras and LobbyGuard, it will take the money out of the sales tax when it becomes available.

Several other quarter-cent sales taxes in the past have failed, but this tax passed because it represented increased safety for students, James said.

“People aren’t going to turn down safety,” he said.

Safety has been a paramount issue for James due to the increased rate of school shootings over the last several years — including the UNC Charlotte shooting Tuesday evening that left two students dead and injured others.

In the 2017-2018 school year, threats of violence increased 62 percent from the year before, according to a study conducted by the Educator’s School Safety Network.

The same study ranked North Carolina ninth in the nation in the probability to experience mass violence.

“The more threats and/or incidents a state experienced, the higher their score in the number categories,” the study explained.

As the school system was putting together its facility’s needs, “it was apparent we had some safety issues,” James said.

He added the schools were built in a time when there were zero to no safety threats.

“It’s not if, but when,” he said, regarding school shootings.

One of the main priorities for the system is creating security vestibules (or secondary doors) in each school, similar to what exists in other counties like Cabarrus.

The security vestibule will be another form of protection for the students. 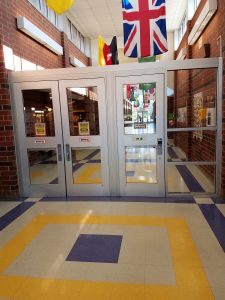 A secondary wall is in place at Bethel Elementary in Cabarrus County. (Photo credit: Todd Bowers)

Too often, when people get buzzed into the schools, they can forgo the main office and go unimpeded to other parts of the schools, James said.

With this added layer of security, “You’ll be buzzed into a foyer-type area which will get you into the office and the office will then clear you to enter the school” through the secondary set of doors, Bowers said.

But this will take some time, because not every main office is located in close proximity to the main entrance.

“The safety of our students in all phases of the education day is our top priority,” said Locust Elementary principal David Grice. “We are very appreciative of the voters in Stanly County that approved of the quarter-cent sales tax that is allowing this safety measure to become a reality.”

The timeframe for many of these projects is still uncertain.

“We don’t know yet what kind of money to expect on a quarterly basis,” Bowers said.

How quickly the school system receives the money will determine the timeframe, he added.

“I like the new security measures we have in place that allow us to do our jobs in a safe, secure environment,” Brooks said. “I’m excited about the future plans and initiatives that the district has to continue to improve the safety of our staff and students.”