Around 200 students compete at the Stanly County Special Olympics 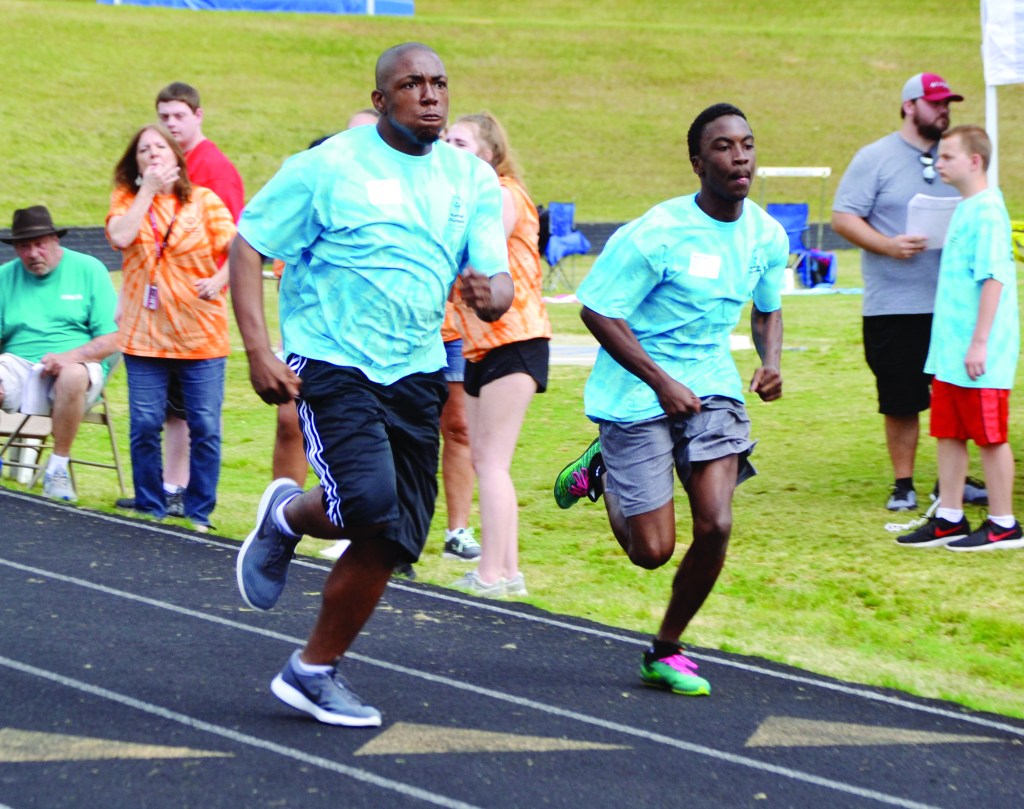 One of the standout athletes was Milli’on Colson, a junior at South Stanly High School.

He has participated in Special Olympics since the fifth grade. His favorite activities are relays and the shot put.

Colson enjoys that “a whole lot of people are out here supporting me.”

Colson and a few other students in the county competed in the 4 x 100 meter relay at the Penn Relays a few weeks ago in Philadelphia.

Colson, 17, wants to be a basketball coach. He can name every major college basketball and coach in the country. He also plays the sport.

Colson said his favorite part about playing basketball is “passing the ball.” 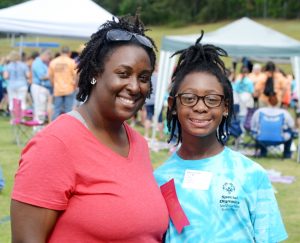 Braylin Furlow, a fourth grader at Stanfield Elementary, with her mother Kendra Furrow during the Special Olympics. (Photo by Chris Miller/staff)

She was at Special Olympics with her mother, Kendra Furlow.

Furlow enjoys the running competitions the most.

She has been coming to the Special Olympics since she was in Pre-K.

“We (coaches) have seen how Special Olympics has changed their lives, giving them confidence and a sense of pride,” Loflin said. “It’s equally important to them to be on a team and succeed. We think we’re training them, but they train us…in what really matters in life.”