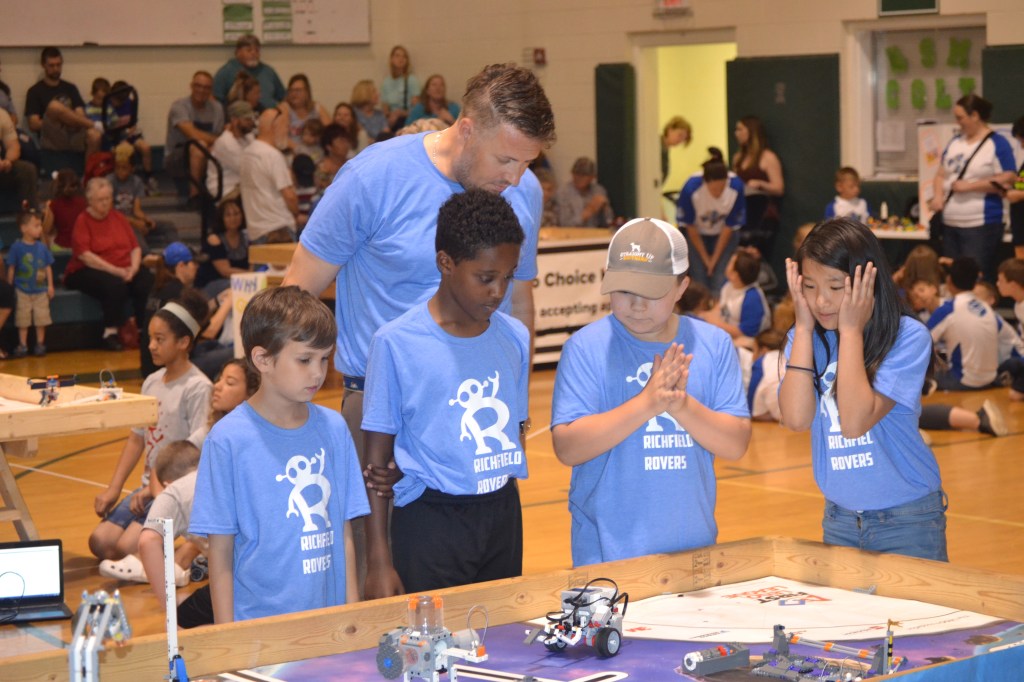 The competition was part of a national organization called First Lego League, which allows students and their coaches to design and build robots to accomplish different tasks.

The student teams were required to build and program an autonomous (no remote control) robot that can perform theme-based “mission” tasks on a table-top playing field. The missions require the robot to navigate, capture, transport or deliver objects. The more missions completed, the more points teams earn. Fifteen tasks were in Saturday’s competition.

The students figured out which tasks they wanted to perform and then programmed their robot to do the tasks. 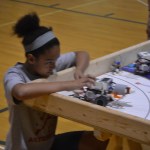 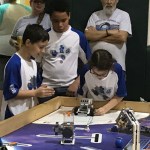 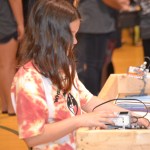 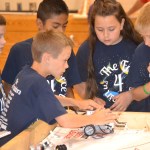 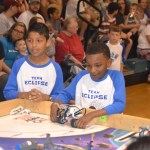 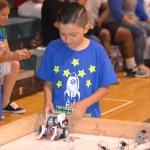 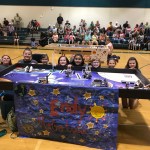 “One of the biggest things the students learn is problem-solving,” said Oakboro STEM coach Jennifer Snyder.

When designing their robots, when it gets difficult, “they can’t just throw their hands in the air and say, ‘I give up,’ ” Snyder said.

The competition had three rounds and judges graded the teams based on their robot’s ability to complete the tasks in a timed setting.

The students do everything — they design and build the robots from Legos, they program the robots to complete the tasks. The coaches facilitate the groups and make sure everything runs smoothly.

“I like programming the robot,” said Bethany Berry, 11, of West Stanly Middle School. “The programming makes the robot come to life.”

“I liked working together with my team and it’s cool seeing the robots move,” said Jane Lee, 10, of Norwood Elementary.

“The most important thing is for the students to work as a team,” said Danny Poplin, SCS director of curriculum and instruction.

At the end of the event, awards were presented.