Randy Lee “Bubba” Edwards could spend up to 30 years in prison after he pleaded guilty to a charge of second-degree murder Thursday in Cabarrus County Superior Court. 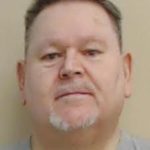 On July 24, 2015, Edwards, who was 60 at the time of the alleged crime, was accused of killing his girlfriend, Donna Marie Helms-Perez, then 40, and setting her body on fire behind an abandoned farm house along N.C. Highway 200 in an area of Locust that’s in Cabarrus County.

Edwards was scheduled to go to trial later this month before a plea bargain was arranged, according to court documents. Superior Court Judge Christopher Bragg issued a sentence of 290 to 360 months in prison, which is roughly 25 to 30 years. He was given credit for his almost 45 months of time served.

Based on the medical autopsy, “she was deceased before she was set on fire,” Locust Police Detective Jeff Shew said.

There was a combination of different things that could have killed her, including blunt force trauma to the head and stab wounds, according to Shew.

Helms-Perez’s body was identified “within a couple of hours” because she had two tattoos on her feet, Shew said.

Shew said law enforcement later found and detained Edwards in Concord the same night the body was discovered after he tried to shoot himself in the mouth with a pistol.