‘I felt like I was at home’: Pfeiffer graduates reflect on the university, life after graduation 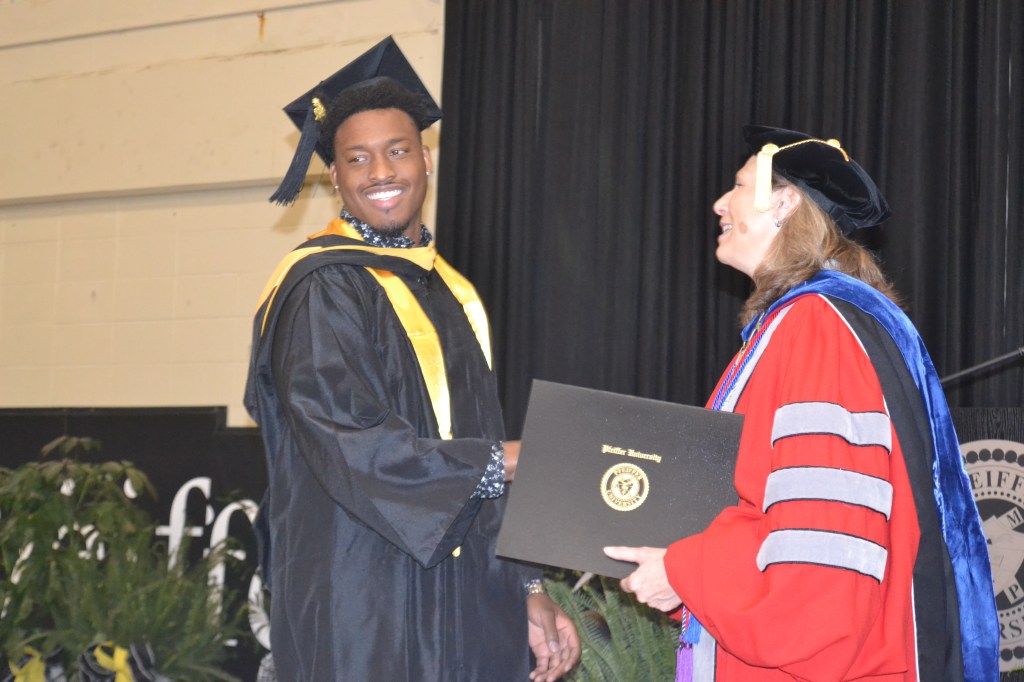 In life, all good things must eventually come to an end — hopefully for more good things to follow.

Thus is the lesson the 2019 Pfeiffer University graduates learned Saturday morning, as they said their last farewell’s to the institution that taught them so much.

Pfeiffer has meant so much to so many students.

Though he’s happy to go into the real world, working in Charlotte as a financial advisor, “leaving Pfeiffer behind is a little sad.”

Chad Yard, a Maryland native but Misenheimer resident, majored in biology. He appreciated the university’s small classes, where he got to know his professors and they got to know, and care, for him.

Yard will not be going far. After a short break, he plans to pursue the school’s Physician Assistant Study program which will be housed in the new graduate campus in downtown Albemarle in 2020.

She majored in elementary education and is applying for school jobs in Stanly.

“Everybody knows everybody and they’re always willing to help you,” she said.

Greyson Lunsford of New London, who majored in criminal justice, will miss the friends he’s made while at Pfeiffer that will move away after graduation.

Sarah Bigger, a history major from Millingport, will miss the train that passes through the middle of the campus.

“This train is a part of my education,” she said. “Everybody tends to complain about it, but I love it.”

Some students have undergone significant transformations while at Pfeiffer.

Taylor Garris from Richfield was not just a student at Pfeiffer, where she majored in health administration: during her two years at the school, she also became a mother.

“I appreciate the willingness of the professors to work with me in getting my degree,” she said.

After she gave birth to her son — who is one and a half — the professors worked with her to make sure she was on the right track.

Garris plans to go back to Pfeiffer for her master’s degree in health administration and she hopes to one day own a small nursing home. 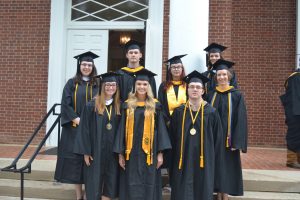 Graduation speaker Mary Alice Monroe, a New York Times bestselling author, spoke to the students about the unpredictability of life.

“You don’t know what life is going to offer you,” she said, “so be prepared to jump on the next bandwagon, to catch that next wave.”

“If you’ve learned how to zig, learn how to zag,” Monroe added.

The Stanly students said they all will miss the university’s close-knit community.

“I like how I’m not just a number at Pfeiffer,” said Taylor Cole of Albemarle, who majored in visual communications.

“Being at Pfeiffer, I felt like I was at home,” added Melanie Huneycutt of Albemarle.

She liked that the class sizes were much smaller than at the University of North Carolina at Greensboro, where she went her freshman year.

“The professors at Pfeiffer really cared about you and your education,” she added.

She majored in elementary education, but graduated in December. Huneycutt is teaching second grade at Aquadale Elementary.

“I always feel at home here,” she said.