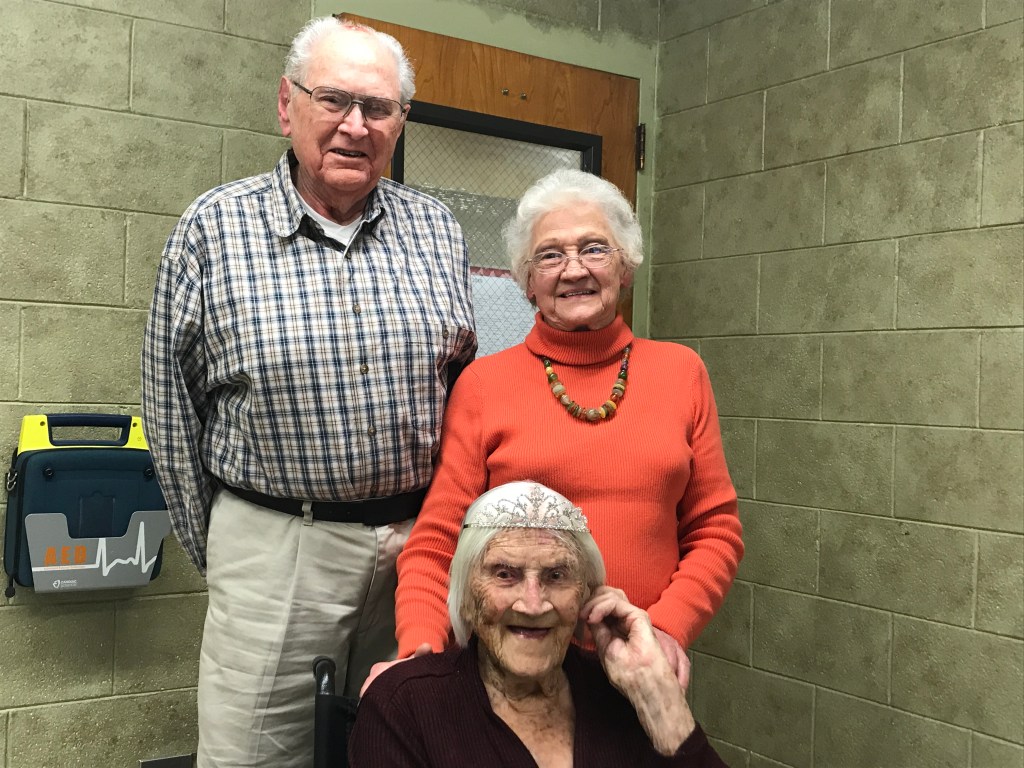 Grace Comer in February with her son Donald and his wife Lucy, celebrating Grace's 109th birthday.

Dallie Grace Comer died Friday at the age of 109 at Trinity Place in Albemarle.

Known by her friends and the Trinity staff as “Amazing Grace,” she was born in 1910 in Albemarle.

Though she was the oldest person at Trinity, she loved to move around in her wheelchair and especially enjoyed sitting outside in the courtyard during the summer soaking up the sun and watching the birds and flowers, said Lisa Clayton, a social worker at Trinity, during an earlier story about Comer.

Comer also loved music, especially the piano, and the staff at Trinity helped her play bingo as well.

A few weeks before her birthday, Trinity Place sent out a Facebook message asking members of the community to celebrate Comer’s big day by sending her birthday cards.

“She was an absolutely lovely person and it was an honor to provide care for her,” said Stephanie Herrin-Huneycutt, executive director at Trinity Place. “She had lots of energy and lots of friends.”

“Our thoughts and prayers are with her family,” she added.