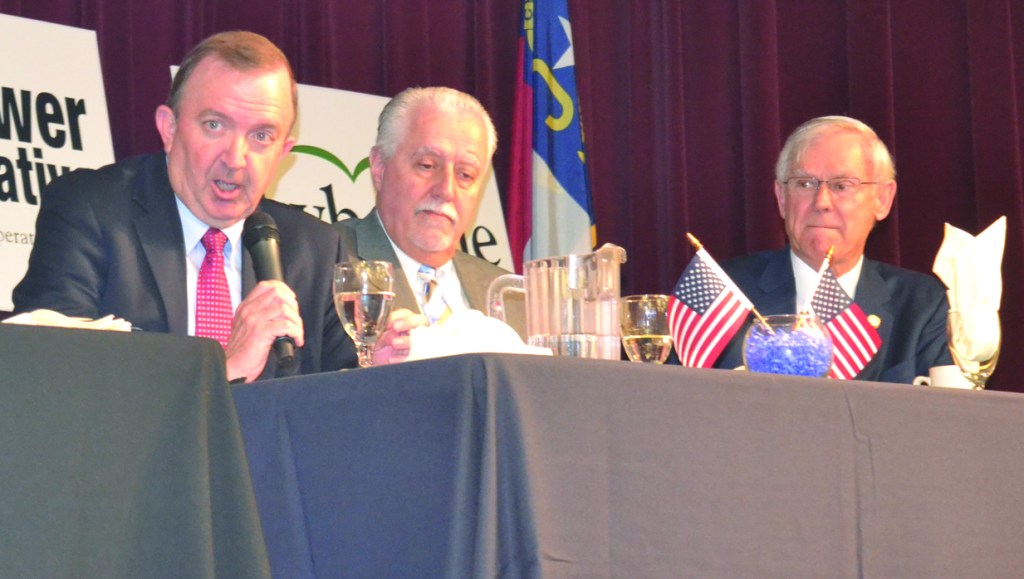 “Just stick with us and in a few days we’ll be able to tell you,” Ford said. “It’s big…I’m about to explode not to tell you about it.”

If signed, the bill would create a new jobs incentive for a heritage manufacturing employer, that’s specifically tailored to fit a business long rumored to be relocating to Stanly County.

The bill would appear to allow Charlotte Pipe and Foundry to relocate to Stanly County.

The bill would allow the business to qualify for the state’s Job Maintenance and Capital Development Fund. It would apply to a company that has been operating in the state for more than 100 years, has invested at least $325 million, has at least 1,050 state employees and plans to relocate at least 400 employees to a Tier Two county with a population smaller than 63,000.

The county that seems to align with the bill’s specifications is Stanly County, which has roughly 62,000 people, according a July 2018 U.S. Census Bureau estimate. Stanly is also classified as a Tier Two county.

Ford was one of the secondary sponsors of the bill.

Ford said he is also working to try and improve the roads and bridges in Stanly.

Rep. Wayne Sasser (R-Stanly) is working on a bill to allow Albemarle to use its own labor force in the city’s new industrial park.

He and Ford are working to allow Stanly Community College to work on construction of a new building without having to wait for the state, “which slows everything down,” he said.

During the breakfast, in addition to Ford and Sasser, Rep. Scott Brewer (D-Stanly), who was recently chosen to replace Ken Goodman as representative of House District 66, introduced himself.  Representatives for U.S. Senators Richard Burr and Thom Tillis spoke, as did a representative for U.S. House Rep. Richard Hudson.