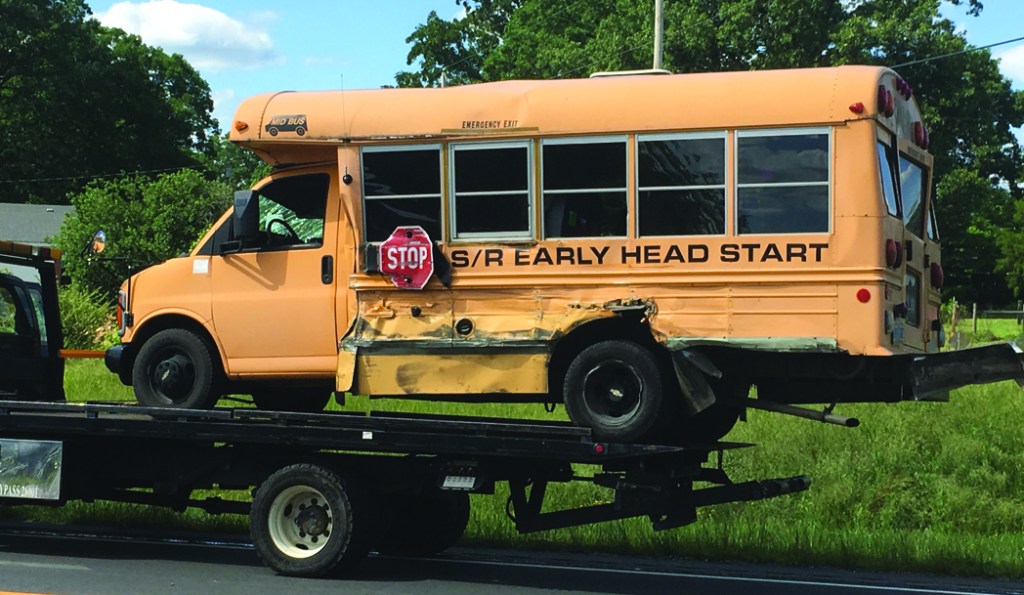 A Stanly County woman has life-threatening injuries following an accident which sent children and others to the hospital.

Fifteen children, ages 3 to 5, were passengers aboard a 2000 Stanly County Chevrolet Head Start bus involved in a three-car accident shortly after 2:30 p.m. Tuesday.

Elvy Floresmatamor, the driver of a white 2012 2500 Dodge pick-up truck pulling a utility trailer, ran a stop sign and struck the Norwood Head Start bus that was coming north on U.S. 52, according to Sheriff Jeff Crisco.

As the truck struck the bus, Cynthia Thomas, driving a Toyota Scion, hit the trailer and crashed into a ditch.

She was flown by helicopter from the scene to Carolinas Medical Center in Charlotte with life threatening injuries.

A 5-year-old in the rear seat of the Scion did not receive any injuries.

Floresmatamor was not injured, according to Richardson.

The children were transported by Stanly EMS to CHS Stanly. The bus driver, Vanessa Shine, was also transported and released, said Richardson, who supervised the investigation.

According to Richardson, all of the drivers and the passenger of the Toyota were wearing seat belts. The children on the bus were not in child restraint systems.

Though failing to stop for a stop sign was a factor in the collision, alcohol and drugs were not suspected by any of the drivers.

Charles Curcio contributed to this report.