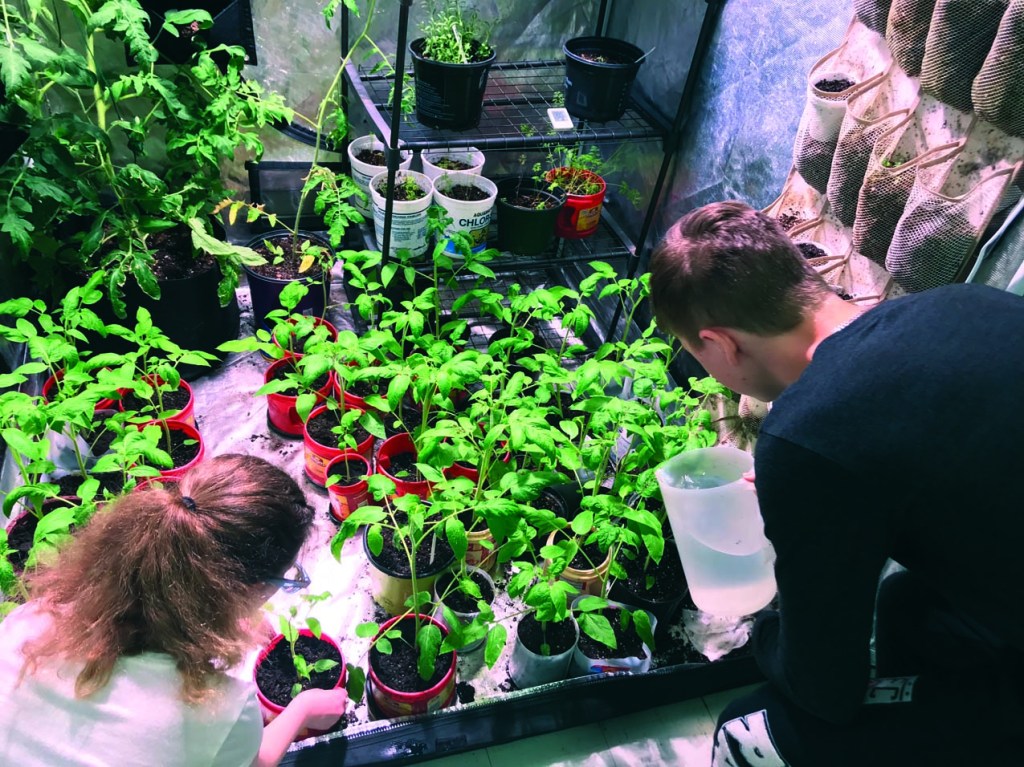 She bought two hydroponic grow tents in January for indoor plant growing. Furr was also able to get lights for the tents.

A South Stanly student’s family helped to donate the soil.

“Almost everything we have has been donated,” Furr said.

The class has sold many of the tomato plants, along with basil and oregano.

The students are responsible for taking care of the plants and making sure they get properly watered.

The students grew plants two years ago in tiny cups and sold them, but last year, due to bad weather, the group had no luck. Furr started investigating this year and discovered the Bright Ideas grant.

Her students enjoy coming to class and being able to see the plants grow, Furr said.

“I like planting them and watching them grow,” said sophomore Isabella Merck.

“The plants are my children,” added senior Cameron Gordon.

Furr is hoping the students will take the plants home once school ends.

Next school year, she plans to start growing new plants in the tents.

“It’s so exciting just to watch them (students),” Furr said. “That they’re excited about it, that makes me excited.”