‘On the edge of glory’: Early College graduates get slice of humor as they head into ‘real world’ 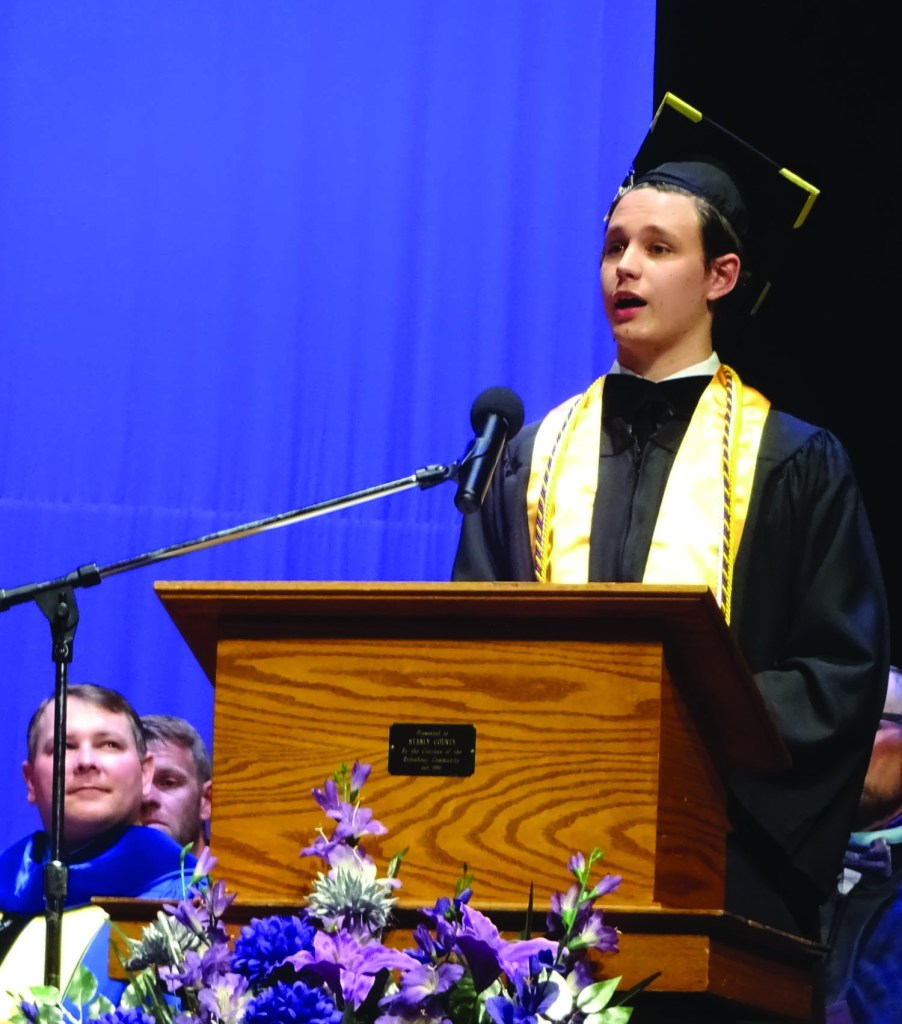 Alex Sloop, this year’s distinguished graduate, graduated at the end of the 2018 fall semester. (Photo by BRAIDYN DAVIS)

Much humor and song was sprinkled into the commencement ceremony for Stanly Early College High School at the Stanly County Agri-Civic Center Monday night.

Forty-six students graduated. Nineteen of them graduated in four years instead of the five-year attendance period standard for early college students. Forty-two graduates received an Associate’s Degree from Stanly Community College along with their high school diploma.

She recalled students’ first year, singing, “You came in like a wrecking ball,” and that the teachers and faculty had to show them “this is how we do it.”

She described their growth from forgetting to turn in assignments on time (“Oops, I did it again”) to learning how to manage their time effectively (“You got that boom boom pow”). The highlight of the speech for many came when she used Cardi B’s catchphrase, “Okurrr!”

She ended the speech by telling the graduates, “You’re on the edge of glory.”

Alex Sloop, this year’s distinguished graduate, graduated at the end of the 2018 fall semester and attended the University of North Carolina at Asheville this spring.

He gave a humorous, bittersweet speech both congratulating his classmates and urging them to reach higher.

“In this speech, I would like to give out a few life lessons,” Sloop said. “Because who better to give life lessons than an 18-year-old who has been on his own for about six months?”

Sloop quoted Socrates, reminisced about having to learn the quadratic formula through song and shuddered at the video projects he had to make for English class.

Sloop said he knew some classmates planned to not attend a four-year university. 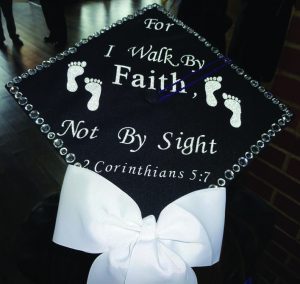 With the threat of large student debt hanging over many as they embark on college, he said he understood.

“I don’t think the question is whether or not you should attend a four-year university and get a degree, but whether or not you need a degree to do what will make you happy,” he said. “Whatever you do when you leave this room, whether it be going to a four-year university, writing award-winning novels, hairdressing, programming, digging ditches or making addictive bread sticks at an overpriced Italian restaurant, never lose your sense of humor.

“Make jokes, whether slapstick, ironic, or existential. Maybe for a brief moment, we’ll forget that life is hard.”

Each student attending the Early College saved their parents roughly $25,000 in college costs, James said, due to the partnership with SCC.

Seventy-one percent of the graduates earned one or more honor chords.

“I’ve got confidence that every one of these kids is going to do amazingly well,” history teacher Joshua Smith said. “It’s a very bright group. Half of this group is graduating early, which shows you they’re very determined. They’re willing to go out there, stomp the ground and work hard. It pains me to see them go but it’s time to let them go and do their thing.”

Graduate Brittney Poplin says what she will miss most about Stanly Early College are the faculty and teachers.

Braidyn Davis is a freelance contributor for The Stanly News & Press.