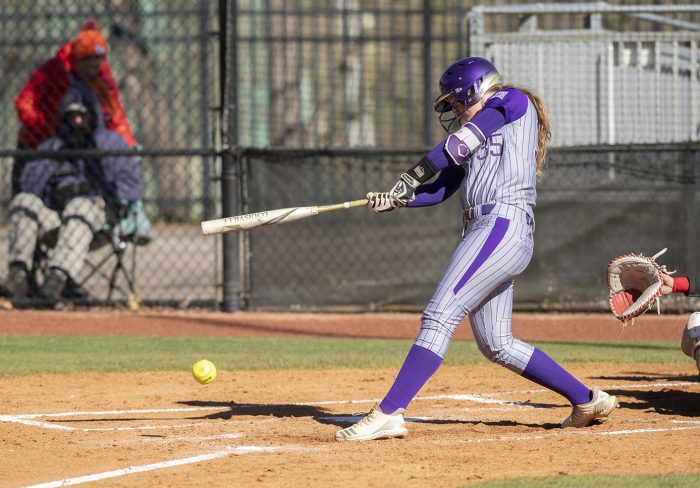 She was named All-Rocky River Conference, 2A All District-6 and All-State last season as a senior shortstop with the West Stanly softball team.

The uniform colors and the position may have changed a little, but Bailey Huneycutt continues to sparkle on the diamond.

Playing NCAA Div. I softball for the Western Carolina Catamounts, Huneycutt, now holding down first base, was named to the 2019 Southern Conference All-Freshman team.

This season, she played in 48 games, starting 47, and hit .254 with nine doubles, one triple, four home runs and 13 RBIs. She scored 23 runs this season while putting up a .443 slugging percentage and an on-base mark of .350, second on the Catamounts this season.

Huneycutt, wearing jersey number 35, led the team with 285 putouts at first base and led Western with a .981 fielding percentage, making just six errors on the season.

The former Colts standout is the 11th Catamount freshman to be named to the All-Freshman team and the first since Ashlyn Long and Erica Hayes were named in 2017.

Huneycutt said high points for herself and teammates during the season included the team’s play in the series with UNC-Greensboro, where Western swept the Spartans.

“We were focused and determined as a unit to get the job done to win ball games. Our team was close on and off the field and I think we play better when we can trust those players around us,” Huneycutt said via email.

Huneycutt said her coaches and teammates “were a huge factor in the success I’ve had this season. I have amazing coaches that never stopped believing in me and great teammates to look up to and follow.”

The former Colt also talked about what it meant to her to represent the West Stanly program in college.

“West’s softball program has given me the opportunity to play with amazing teammates and make friendships that will last a lifetime. I’m honored I had the chance to play four years at West and feel like it has impacted the way I play today.”

Her academic goals are to graduate in four years with an undergraduate degree in engineering technology.