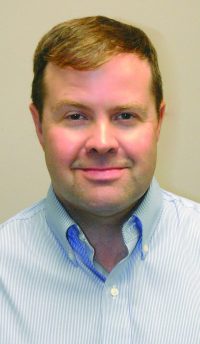 I firmly believe that a properly funded education system means we spend less on prisons and social programs. In short, education funding is always a wise investment.

But I have to admit I’m having a real hard time getting my head around this story about Stanly County Schools having a more than $2.4 million projected shortfall next year and possibly not filling 31 teaching positions. Here’s why this seems odd.

The school system received county funding of around $13.5 million for this past school year. If you don’t consider the quarter-cent sales tax increase into the 2019-20 appropriation, they will still receive an increase of around $240,000. It’s not a lot, maybe not enough, but it is an increase.

According to Superintendent Jeff James, the school system will not have a shortfall at this funding level this year and will likely have a small carryover to next year’s budget.

There does not seem to be any grand plans for compensation increases, new programs or more positions in the coming year’s budget so the need for more funding to do the same things is confusing.

It would be easier to understand the need for more funding if health costs had skyrocketed again, bus fuel costs went to $4 per gallon or the retirement system was underfunded, but I’m not hearing anything like that.

And 25 percent more is a huge number to ask for from one year to the next without something major going wrong. If Stanly County Schools were self-funded and asked the taxpayers for a 25 percent tax hike, well, that would be interesting.

After expressing these concerns in emails and separate conversations to James and School Board Member Anthony Graves, I think it would be a prudent move for the school board to invite a third-party to take a look at the school budget.

As finance committee chairman, Graves has taken on much more of the budget-making responsibility than I have ever seen a school board member assume and there is a two-hour Facebook video to prove it.

I believe in school board members being involved but Graves, in his first six months as a school board member, appears to be the driving force behind this budget. Since the budget has suddenly gone up 25 percent, that leads to concern and questions.

The numbers also keep changing. In a Thursday email to reporter Chris Miller, Graves said the shortfall we reported as $2.4 million after Wednesday’s meeting had grown to $2.8 million not including another $577,000 shortfall in capital outlay.

Typically, school budgets are prepared by the administration and presented to the board for approval, suggestions, etc.

A school board member being involved in the actual formulation of the budget and serving as a spokesperson for school finances falls outside the typical oversight duties and responsibilities of the board.

While I do not question Graves’ intentions, sincerity or willing to dig in and do the hard work, his numbers are off trend which necessitates at least a third-party analysis to see if they are truly on target.

This should be done before the school system decides not to fill 31 positions due to become vacant through attrition before the start of the next school year.

The school board should have someone from outside the system make sure not filling these positions is a truly necessary move before potentially damaging the system with staffing reductions.