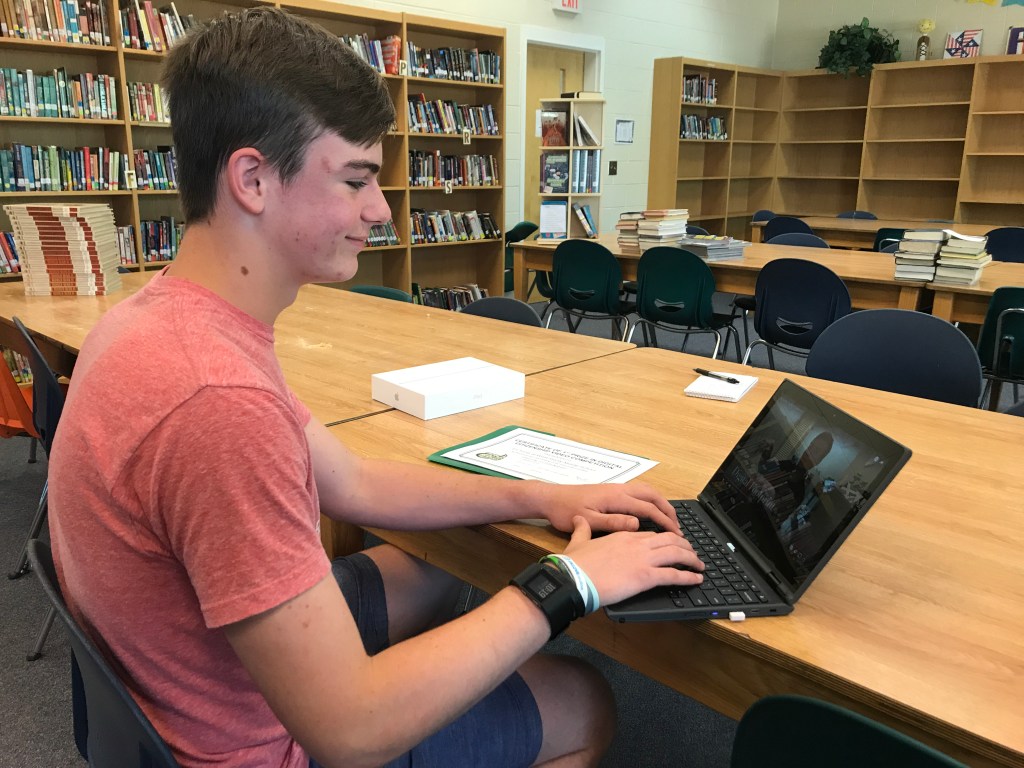 Toole, an eighth-grader at West Stanly Middle School, is taking a digital media class and is one of the anchors for the school’s news team.

It’s no surprise then that Toole, 14, created a video for the UNCC Digital Citizenship Video Competition, part of the university’s Cato College of Education. But he was surprised to learn — as he was fittingly announcing the news — that he won first place.

The contest was open to middle school students in Stanly and Cabarrus. The students had to create a video no longer than five minutes on digital citizenship and cyber bully awareness.

Digital citizenship describes how to safely interact with others on the internet.

Toole was the only student in the school who created a video.

After he watched the UNCC videos, Toole thought “Oh, why can’t I use this opportunity to show other people how to have good digital citizenship.”

He had experience being on video, since he’s the main person who announces the school news each day.

He created his video at home. It took him about six or seven hours to create it, he said. He also used his siblings in the video.

Toole’s video discusses the importance of digital netiquette (short for internet etiquette) and digital footprint, which is the trail users leave behind from online interactions.

His video also offers people a few digital suggestions — don’t use absurd usernames which can stay on the internet forever, don’t use all capital letters to display messages and people should be careful about what they post on social media.

The school played his video on the announcements before letting him know he won.

“He was genuinely surprised,” said Barbee.

She knew he had won for a month, but had to keep it secret until the right moment.

He won an iPad and received a certificate from UNCC. He also was recognized during a Stanly County Schools board meeting. UNCC’s Cato College of Education will post Toole’s video on its website.

Here is a link to Toole’s video via his YouTube page: https://www.youtube.com/watch?v=_FlSXYx3Mik