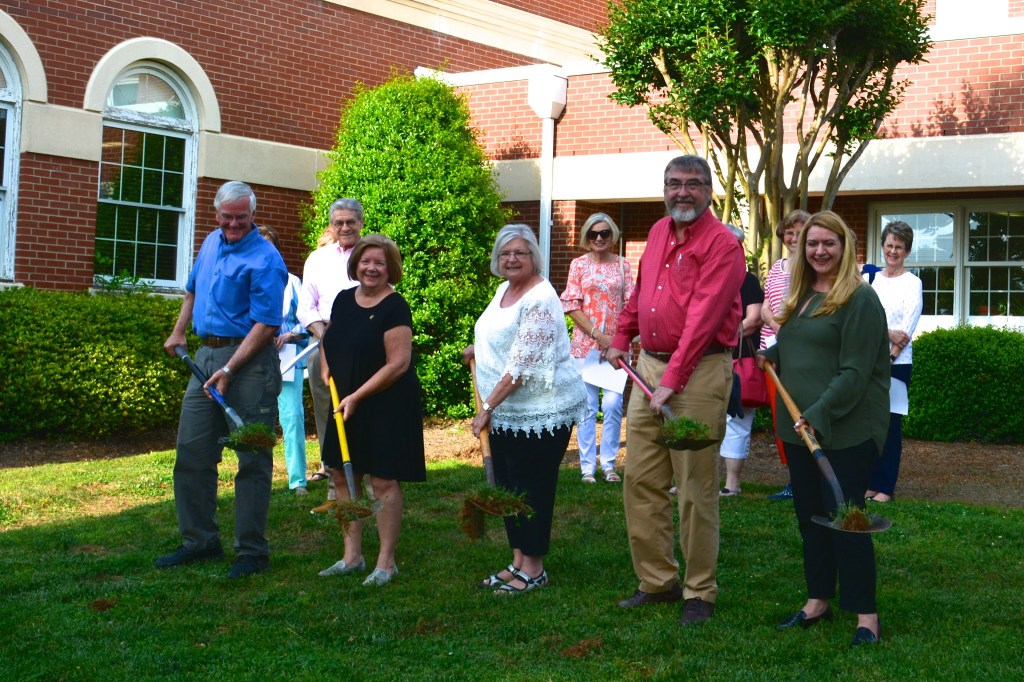 The church is creating an 18-foot by 40-foot enclosure which will accommodate approximately 200 niches (though additional niches may be added later) and will include a water fountain and several benches. The enclosure will be brick and wrought iron.

According to a church pamphlet, the memory garden and columbarium “will be a place of rest, prayer, memorialization and meditation.”

The niches are allocated on a first-come, first-serve basis determined by the date of receipt of a fully completed purchase, according to the pamphlet.

“We see it as service to our members,” said Bill Burnside, chairman of the church’s columbarium committee.

The idea for a columbarium was first brought up about 15 years ago, but the church decided to build one about two years ago, Burnside said.

About a year ago, Stephen Aldridge of Stanly Funeral & Cremation Care agreed to let the church buy niches through the funeral home.

About six months ago, the church received a major financial windfall from member E.M. “Bear” Knotts for the project before he died. His contribution was enough to finance the project.

Burnside hopes to have the project completed by either late summer or early fall.

The enclosure will be “a place where people can go to reflect and appreciate God’s creation,” and “it’s also a final resting place for loved ones of the church,” Burnside said.

In addition to the niches, the enclosure will have a memorial wall to memorialize church members who are already buried elsewhere or those who plan to have a traditional burial. A plaque with the person’s name, date of birth and date of death can be purchased for $750.

If anyone associated with the church is interested in purchasing a niche, call the church office at 704-982-2111.