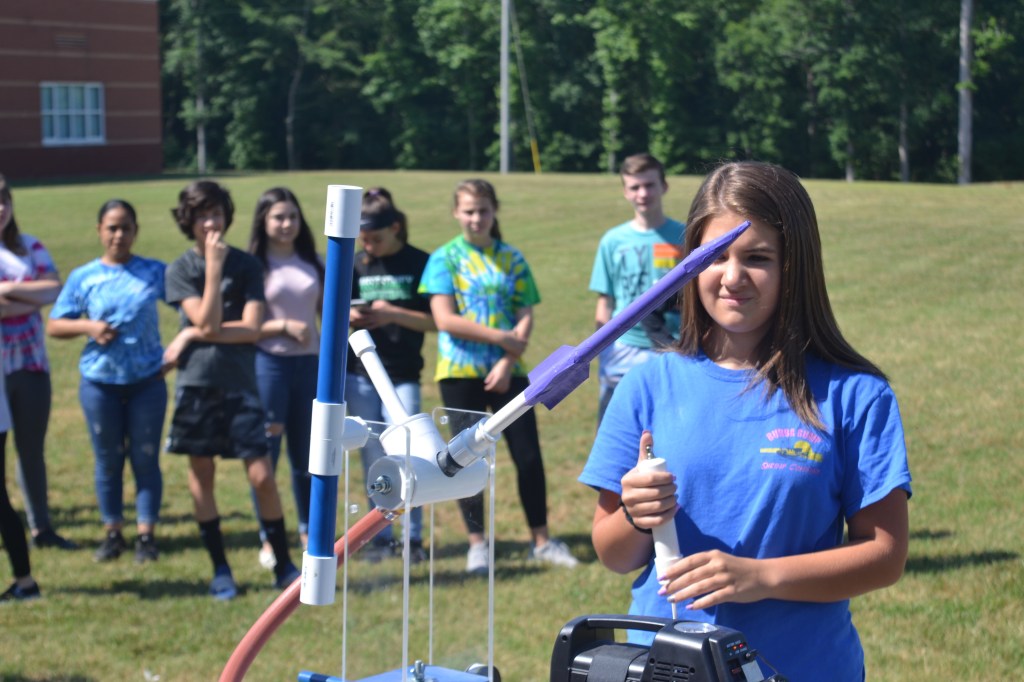 Ashtyn Webb gets ready to launch her rocket.

West Stanly Middle seventh graders got to be amateur rocket scientists as they launched rockets behind the school into the atmosphere Thursday morning.

The students, part of Jennifer Flowe’s STEM class, spent several weeks following instructions regarding how to build the rockets. Though the students each created their own, they often worked in groups to assist each other.

They also got to customize their rockets by painting them. One student customized her rocket to look like a giant pencil.

Each of the rockets were launched using air pressure.

Students engaged in both vertical and horizontal launches.

Some rockets had several fins attached while others had no fins.

“I felt good about myself,” said Ashtyn Webb, after she launched her rocket.

Randyl Cleaver enjoyed that her rocket landed on the roof during its vertical launch.

“I learned all about fins and how air pressure affects the motion of the rockets,” Jonny Osorio said.

“That was a good successful launch,” Flowe told her students afterwards.

After the horizontal launches, the students each stood where their rockets landed so the class could see which student’s rocket flew farther.

Hailey Taylor’s multicolored rocket flew the farthest and the highest.

“I liked seeing how far my rocket went compared to the others,” she said.

She said one can learn how far a rocket flies based on how it is built. 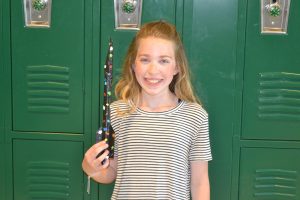 Hailey Taylor’s multicolored rocket flew the furthest and the highest.

The rockets were one of 12 STEM modules Flowe’s students have worked this semester. Other modules include robotics, 3D printing and virtual architecture.