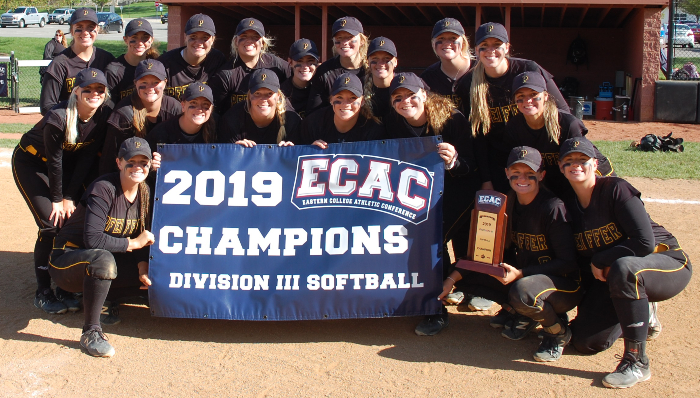 The postseason honors keep rolling in for Pfeiffer softball as a pair of players have earned postseason awards from the ECAC.

Sherrill is the program’s leader in every major offensive category and became the only person in NCAA history regardless of division to have 200 or more hits (251), runs scored (255), RBIs (200) and stolen bases (201).

Senior pitcher Kiana Millsaps earned first team All-ECAC honors after going 28-4 this past season while pitching 166 innings, striking out 87 and posting a 1.90 ERA. She limited the opposition to 45 earned runs while walking 24 batters.

She was also named the ECAC MVP after earning all three Pfeiffer wins in the tournament in the Falcons run at winning their second-straight ECAC title.