The standard bearer of success for American Legion baseball in Area III for a number of seasons has been the Rowan County Post 342 squad.

One team among many who has struggled to find success against Rowan has been Stanly County Post 76. 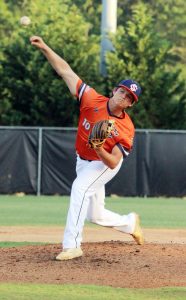 A.D. McRae came on in relief to earn the win for Stanly (7-2) allowing an earned run on three hits in four innings.

Starter Zach Grice gave up a two-run home run to Wayne Mize in a three-run first inning for Rowan (8-3).

McRae came in and limited further damage in the game allowing a run on an RBI groundout in the third.

Colby Lamm and Carson Lowder each threw one scoreless innings of relie with Lowder picking up the save for Stanly.

Trailing 4-1 in the bottom of the fifth, singles from Jack Foley, Lukas Scott and Will Dagenhart loaded the bases. Lowder drew a walk to drive in a run then Cody Kidd doubled to cetner tying the game. Colton Austin and Trent Wilson put Stanly up two runs with a pair of RBI groundouts.

Scott led Stanly with three hits while Foley added a double going 2 for 3.

Regarding the win, head coach Jordan Sells, who watched from the stands but did not coach due to the NCHSAA dead period, said he was proud of the way his team competed Thursday.

“They were never phased by anything; (they) gave up the lead early but battled back and snuck out a win,” Sells said. 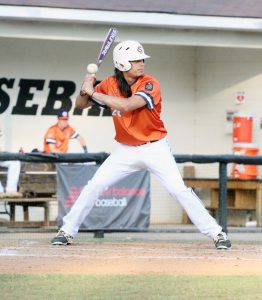 “We have been a late game tam so far this season, being able to battle back late in games is very important. So far, our guys don’t seem phased by it.”