After seven years on the job, K-9 Kane retires 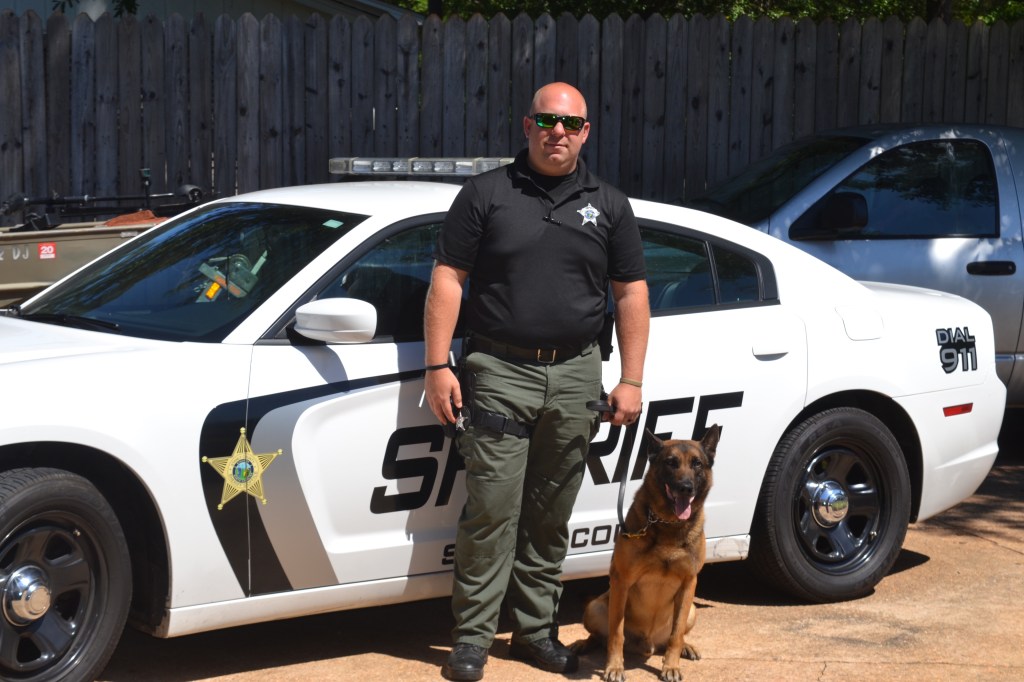 Kane with his handler and owner Patrol Sgt. Tristan Furr.

While a dog might be man’s best friend, in law enforcement, often a dog is an officer’s most valuable partner.

This is true with Patrol Sgt. Tristan Furr of the Sheriff’s Office and K-9 Kane.

“I felt closer to him at times than my own family,” Furr said of Kane.

As he turned 8 in May, and after a seven-year partnership, Kane retired from law enforcement. Furr has been with the Sheriff’s Office for 11 years.

Kane arrived at the Sherriff’s Office in 2012 from Vigilant Canine Service International. He was shipped from Slovakia to California and then to North Carolina. Kane is a Belgian Malinois. He cost around $14,000, Furr said.

With Kane retired, the Sheriff’s Office has three canine officers.

Kane was 18 months old when Furr first worked with him.

“I’m the only handler he’s ever had,” Furr said.

Furr and Kane spent a month getting to know each other before they went through a multi-week handler’s course, where the dog was introduced to typical K-9 activities including narcotics training and tracking.

The dog was classified as a dual-purpose K-9.

“Some agencies have just narcotic search dogs or just tracking dogs, but he did it all,” Furr said.

During his career, Kane did vehicle and building narcotic searches, suspect and missing person’s tracks, and area and building search.

“Over the course of that dog’s career he’s made multiple drug busts and has found numerous missing people,” Capt. Matt Russell said.

“Kane has been a great asset to the sheriff’s office,” Sheriff Jeff Crisco added. 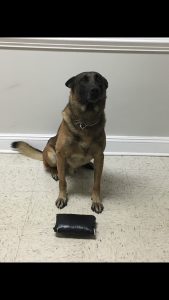 Kane was also trained in officer protection and was fiercely loyal and protective of Furr.

“I felt safer having him with me because I always had backup,” Furr said.

Furr had an encounter during a call where a man got loud and infringed on his personal space.

Kane didn’t like it so he jumped out of the car and he hit the man in the leg.

As the man was freaking out, Furr told him: “You got too close and my dog didn’t like it.”

Furr said after that incident, he knew that no matter what happened, Kane would have his back.

Even though he was his partner, Kane was also a big responsibility.

Furr had to keep a log of all of Kane’s training hours and he had to document whenever Kane got out of the car for a law enforcement purpose, such as a search or track.

After seven years together, Kane was starting to show signs of age, Furr said, including a small limp in one of his legs.

“I didn’t want to work him until he absolutely couldn’t work,” Furr said. “I wanted him to have a life outside of just law enforcement to let him relax and be a dog.”

Kane lives with Furr and his family.

Though Kane has only been gone a short time, Furr still misses having him around while on duty.

“It’s odd being in a different car because none of my equipment has dog hair covered all over it,” he said. “It’s bittersweet.”

In many ways the adjustment has been easier with Kane by getting a new vehicle because before Kane would associate the old patrol car with work.

“He doesn’t associate this car with going to work so he seems to be doing pretty good,” Furr said.