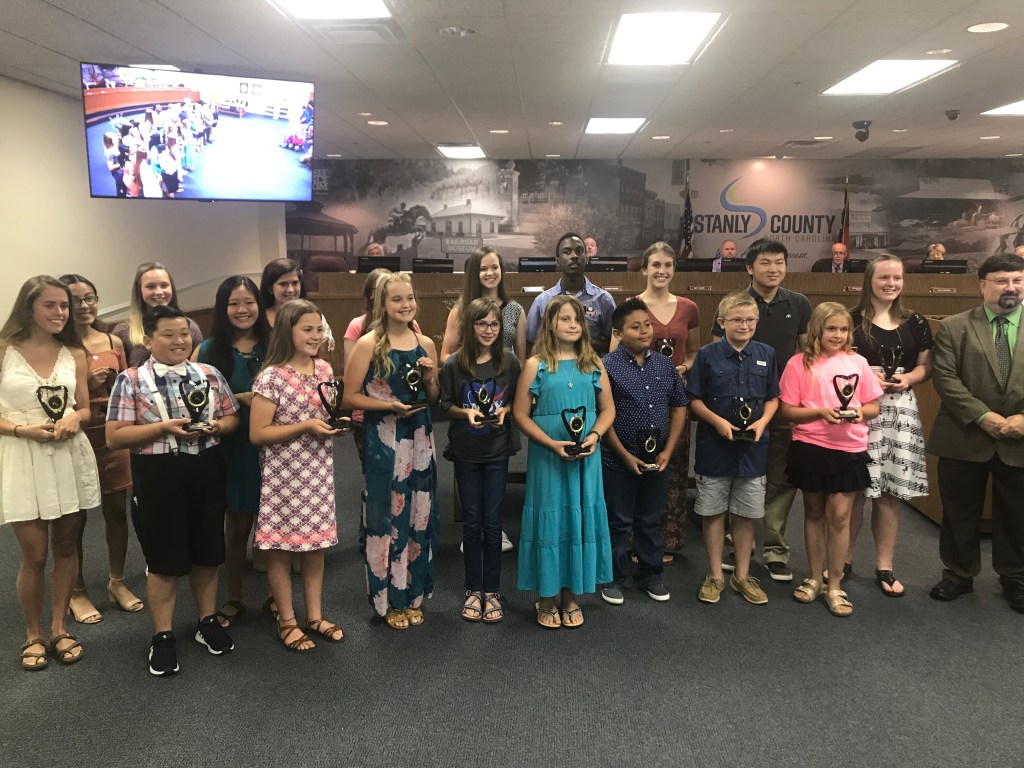 The Superintendent Students of the Year were honored Tuesday night.

There was a celebratory feel to Tuesday’s Stanly County School Board meeting, which was standing room only as several students and staff members were recognized for their achievements throughout the year.

The top-ranked West Stanly High School softball team, which defeated Eastern Randolph over the weekend to win the 2A State Championship, was recognized and each young lady received a rose and a plaque. 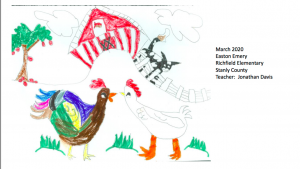 Richfield Elementary’s Easton Emery was one of 13 students in the state chosen to have his drawing appear in next year’s N.C. Farm to School Calendar.

The winning teams that competed in the SCS robotics competition, which took place in early May, were recognized: First place was Central Elementary, second place Norwood Elementary and third place Locust Elementary, along with Endy Elementary, which won the teamwork award, and Aquadale, which won for best T-shirt design.

Mandy Melton, SCS Child Nutrition director, received a check on behalf of the school system from Kelloggs for $5,000, based on a Kelloggs promotional program Menu Explorers, that SCS participated in last year. SCS won one of the five awards given out across the nation. The money will go towards expanding the system’s child nutrition department.