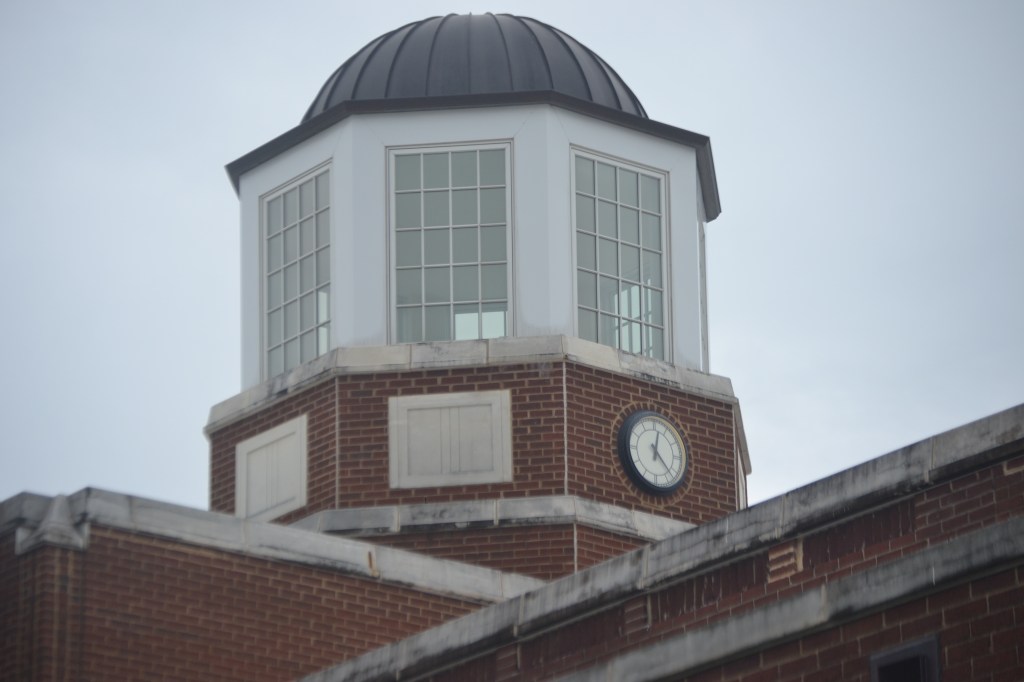 A picture taken of the clock atop the Albemarle City Hall at 9:42 a.m. Friday morning. Only problem: the clock reads 12:22.

It’s difficult to determine if the City of Albemarle is behind the time or leaping into the future, but one thing is clear – the clock above City Hall is wrong and has been for months.

The city is in the process of getting quotes to repair the clock, but City Manager Michael Ferris has no estimates on how much it would cost nor a timetable for when it would get fixed. The clock was installed when City Hall was renovated in 2010.

The clock issue has not yet come before the city council, said Mayor Ronnie Michael.

“The city has a large volume of things going on in the city and staff sometimes has to prioritize their tasks,” he said.