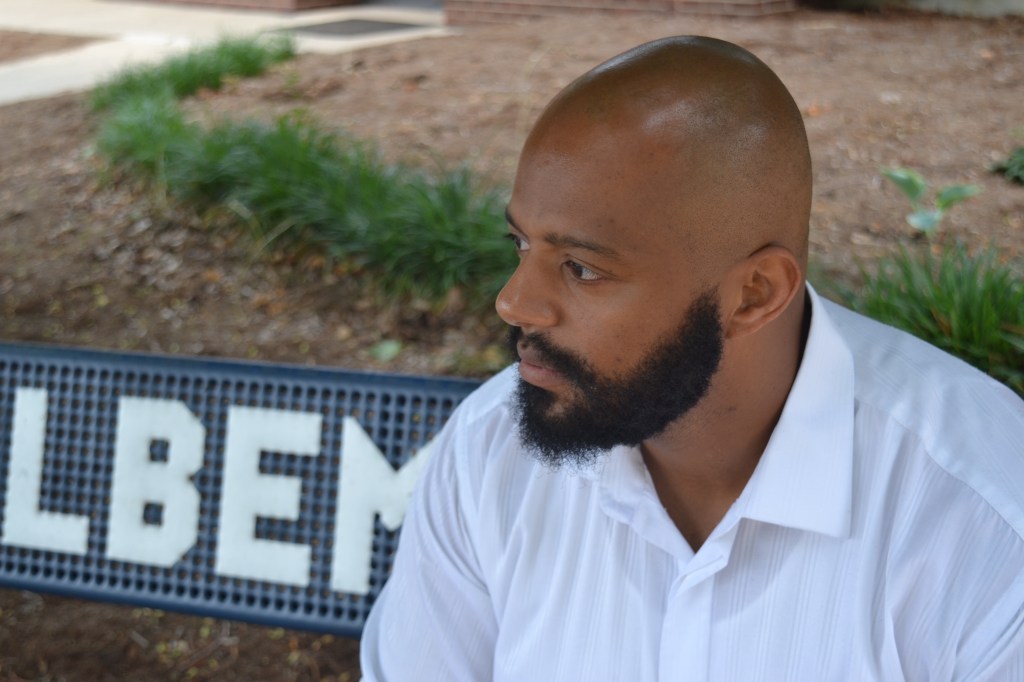 East Albemarle principal Jonathan Brooks is leaving at the end of June to be principal at an elementary school in Durham.

East Albemarle Elementary principal Jonathan Brooks, who was named Principal of the Year for 2017-2018, is leaving to be principal at an elementary school closer to his home in Greensboro.

Brooks, who has been principal at East Albemarle for two years, said it was a tough decision.

“It’s just been really, really, really hard to leave,” he said, but added that he felt he has to leave due to personal “family situations.”

Eastway Elementary in Durham will be a “better fit” for his family, he said.

“I absolutely love it here,” he added.

He said his wife told him she hasn’t seen him this happy at work in years.

Brooks said his last day at East Albemarle will be June 30.

“Jonathan Brooks exemplifies the administrator that understands the impact of relationships,” Superintendent Dr. Jeff James said in an email. “He truly has a heart for children. It will be hard to replace someone with so much compassion.”

Brooks said he is proud of “the way that the community has embraced the school,” especially the fact that every community event “has been flooded with parent support.”

He is also proud that East Albemarle is a place where people want to be, adding that teachers have reached out, expressing their interest in working at the school and students have expressed interest in transferring to the school.

The school has also grown academically under Brooks.

But the school has had a much larger impact on Brooks.

“I came here with the mindset of changing this school, however, it is me who is leaving forever changed,” he wrote in a farewell letter to his staff. “I’m a better principal, father, husband and man than I was in April 2017 and I will never forget this place for helping me to grow in all areas of my life.”

Brooks has shown dedication to the school. His daily commute from Greensboro is about 90 minutes.

“I’ve never had a day in two years where I woke up and didn’t want to get to work at East Albemarle,” he said.

During his morning commute each day, he would make a concerted effort to focus on his students.

“I always pick at least two students on my way to work and…I would think about things that I knew about them, what I needed to know about them and I would make them my focus of the day.”

Brooks would make sure he made positive contact with the students and would spend at least five minutes making them feel special and “making sure they knew that an adult in the building was concerned about them.”

“It helped me with the drive and it helped me understand why I was coming here every day,” he said.

Brooks said he will miss his students and staff the most.

“I’m going to miss the reactions that the students give you when they know you’re proud of them,” he said. “The most important thing we did was make sure that our students understood that we cared about them, we loved them and we wanted them to do well. And when they knew that, and truly believed that, they took off.”

This helped Brooks with the most important lesson he learned from his students: “If you want your students to do well, they have to know that you care about them first.”

His students and staff will miss him as well.

“I’m going to miss his really great personality a lot,” said fifth-grader Nailah Courtney, adding that he brought “joy and greatness to our school.”

She appreciates that Brooks makes jokes with the students and would take the time to talk to them when they had bad days. 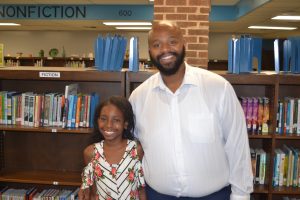 “He’s been a great role model for these kids,” said first-grade teacher Crystal Morris. “A lot of them need that male role model figure in their lives and he gives that to them.”

“He’s not just a boss to a lot of us,” she said, adding that Brooks has been there for the teachers not just in their professional lives but in their personal lives as well.

James wrote in an email to the Stanly News and Press that a decision will be made about Brooks’ replacement on Friday.

Brooks said he plans on coming back to Albemarle to visit with the staff and students and, if ever given the opportunity, he would definitely be open to coming back and working in the school system again.

“Don’t be surprised if in the future you hear about me returning,” he said.

As Brooks prepares to head to Eastway Elementary in Durham, his students have jokingly told him that his new school cannot call itself “East.”

“They (Eastway) need to have a new name,” Brooks said his students told him, “because I can only be the principal of East if it’s at East Albemarle.”