Stanly County Sheriff’s Office said Taylor Liles died shortly after 9 p.m. Sunday at Carolinas Medical Center Main in Charlotte. She had been airlifted to Charlotte from CHS Stanly after being taken there around 11 a.m. Saturday by her boyfriend, Lequinton Orlando Melton. 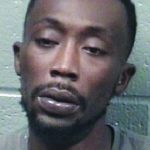