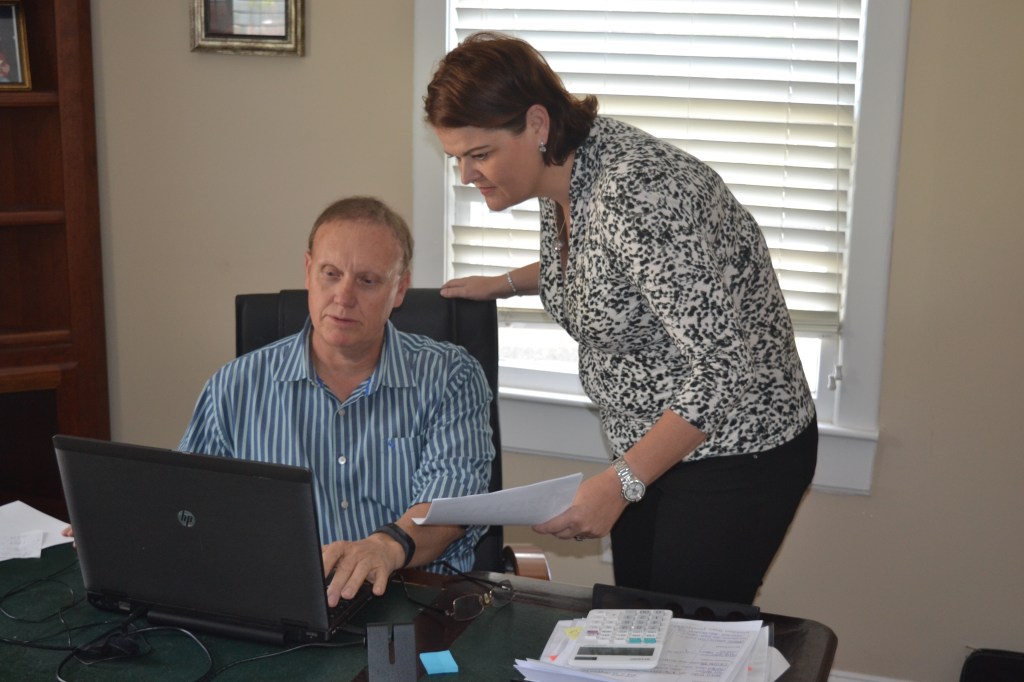 Cole’s Comfort Contractors Heating & Air Conditioning in Locust has been in business for more than 30 years under the management of Wayne Cole, but the company has undergone changes in the last several months.

Last October, the company was bought by a South African couple, who have been working to overhaul the company, specifically incorporating more technology. 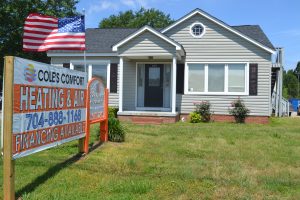 After he narrowed his prospective cities to New York City, Houston or Charlotte, Martin chose Charlotte because he already had rental property in Gastonia.

Martin, 50, arrived in April of last year and lived in Kannapolis while he explored businesses in the area to buy.

Martin had a few criteria with regards to his search. The business had to be big enough in terms of its customer base and it had to have the ability to expand and change.

He found out about Cole’s through a local business broker.

“The universe gravitated me towards this area,” Martin said.

Cole decided to give up the company after he met with Martin.

“I never really thought about handing over the business until Martin came along,” Cole said.

Cole is still working and will stay on for several months to continue helping with the transition, but he is looking forward to life after Cole’s Comfort.

Cole is looking forward to doing other things besides working, he said.

Alida and their children — 7-year-old Marieke, 8-year-old Luke and 10-year-old Jaq — received their visas and arrived in Locust last December.

With both Martin and Alida having experience in the construction industry, they had to learn about heating and air, and Cole and some of the other employees have helped with that.

But while the Lambooys are still learning specific skills, “business is business,” Martin said.

“Stick to the basic business principles and you can manage any kind of company,” Alida said.

Martin handles the operations side of the business while Alida focuses on the administrative side. The company has nine employees.

Martin is working on implementing technology into the company, including an updated and making sure record keeping is digitalized.

“And customers can actually book us online now without having to pick the phone up,” Martin said.

The Lambooys are enjoying their new home in Locust.

Though their children had to initially adapt to speaking English — their native language is Afrikaans, a mixture of Dutch, German, French and Belgium — they enjoy Locust Elementary and “they’ve made great friends,” Alida said.

The Lambooys plan to go back to South Africa about once a year to see family and to keep an eye on their design company.

“The people that we got in South Africa running and maintaining our business are extremely good,” Alida said, “so there’s no crisis management that we have to go back.”

Martin and Alida have enjoyed their time in Locust thus far. They’re currently renting a home beside the company.

“We’ve been made to feel very welcome by everybody,” Martin said.

The family has no plans to move back to South Africa. They plan to become naturalized U.S. citizens.

Martin believes the Locust area is similar to South Africa in terms of the friendliness of the people and the way people think and do things.

“We feel completely at home,” Alida said. “We’re here to contribute to America.”