Family opens a sweet shop in memory of niece 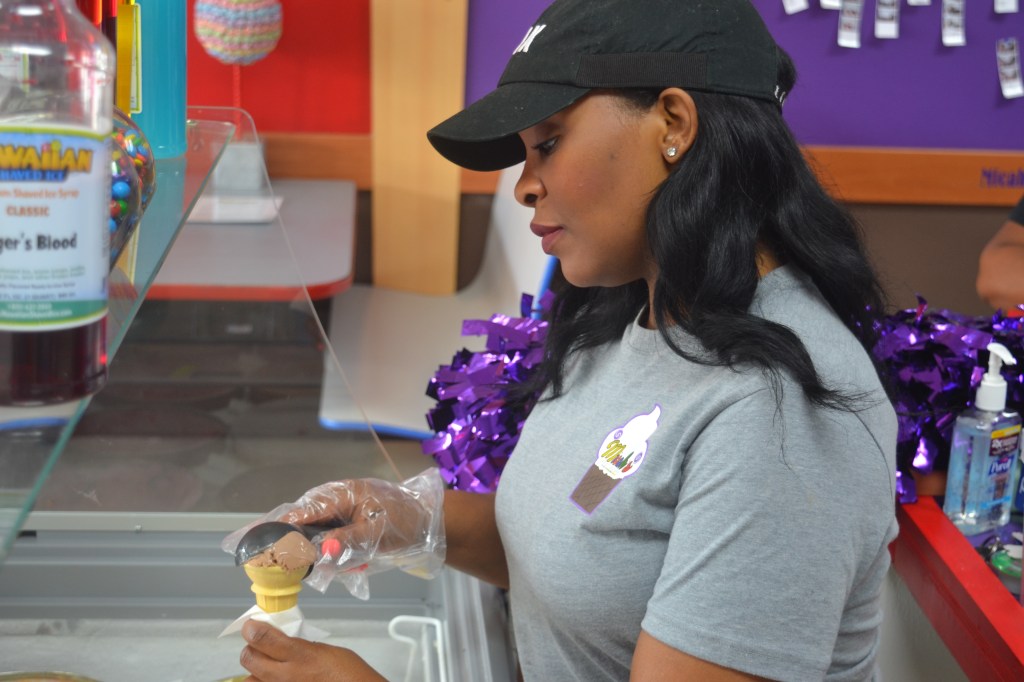 A new sweet shop opened Friday in Albemarle, inspired by the memory of a young girl who died last year.

Besides the food, Micah’s also has a photo booth, arcade games and balloons. 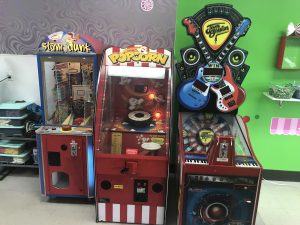 The store is in the Harris Teeter shopping center on North First Street in Albemarle.

Owner Kristen Lilly and her sisters decided to open the shop in honor of their 10-year-old niece, Micah Bryant, who died last year in an automobile accident.

Lilly and her sisters, including Micah’s mom Tanisha, discussed doing something in memory of Micah that would also give back to East Albemarle Elementary, the school where Micah attended.

But tragedy struck yet again: four months after Micah died, Tanisha passed away.

The family persevered in trying to create something that would honor Micah’s memory.

The family decided on opening a sweet shop because Micah had a bit of a sweet tooth.

“She loved sweets and she loved to make foods,” Lilly said.

Lilly has an ice cream background. She owns an ice cream truck and Micah loved when Lilly would come to her house and let her pick out her favorite flavors.

Lilly owns and operates the store, but she has plenty of help from her sisters: Sasha, LaKita, Ashanta, Dee, Kida, Kyla, Sha’michael and Chermaine.

Though the family is sprawled throughout the state — many live in Stanly, but a few live in Cabarrus, Mecklenburg and Guilford counties — it decided to open the store in Albemarle because that’s where Micah lived.

Lilly initially wanted to open the store in downtown Albemarle — so it could be called Micah’s on Main — but it never materialized.

Though the family is still learning how to run a business, the last year has taught them one simple but powerful lesson: “Life is short,” Lilly said. 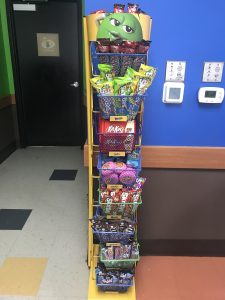 Even with all of the store’s candied confections and arcade games, Lilly says the focus is on the family.

At the back of the store is a memory wall with a big picture of a smiling Micah. 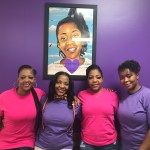 Kristen Lilly, in the middle with the multicolored bowtie, with her sisters Ashanta, Sasha and LaKita, in front of a picture of Micah Bryant.

And Micah’s has an ice cream menu featuring desserts named after the sisters’ children. They include: Angela’s Apple Pie A La Mode, Barry’s Very Berry Banana Split and Javi’s Choco Taco. The menu will rotate weekly.

“This is a place where families and anyone can come and make some memories,” Lilly said, “because that’s what life is all about.”