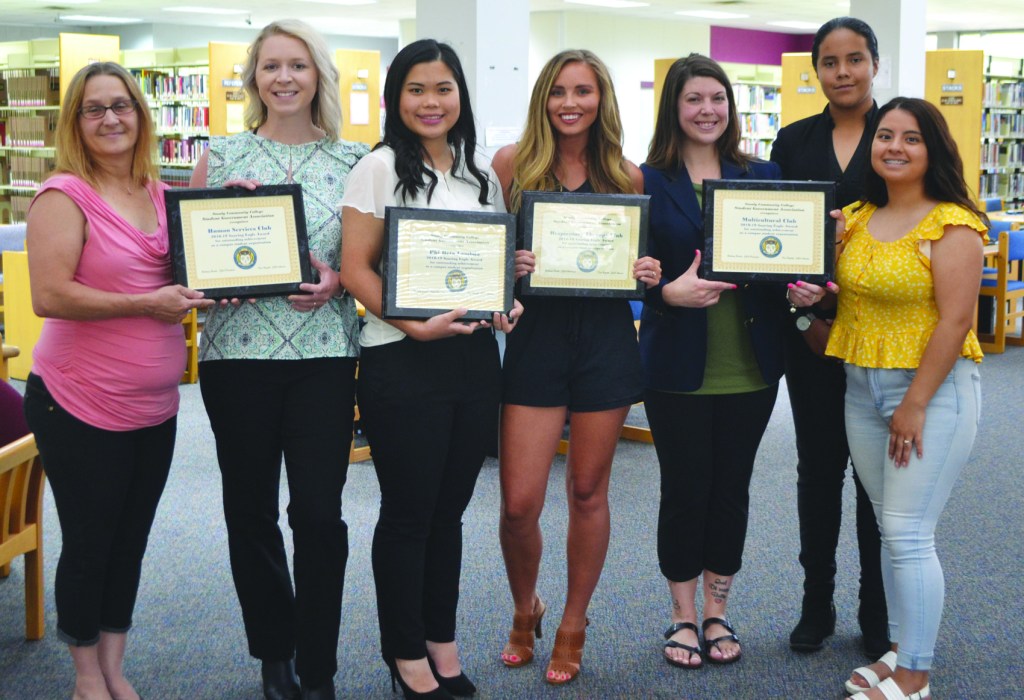 According to Neal, a list of goals were provided for the 18 student groups that fall under the Student Government Association umbrella. Documentation showing achieving a specified percentage of the goals was submitted to determine the recipients.

Among the many projects and activities included a Christmas coat drive, food pantry contributions, participation in state and national conferences, sponsoring displays at the campus library, bringing alumni and guest speakers to campus to present programs and collecting supplies for hurricane victims. Additionally, students participated in leadership development programs and assisted with campus outreach activities such as “Halloween on the Hill” and “Christmas on the Hill.”

“The members of these five organizations stayed busy throughout the fall and spring semesters doing both service projects and educational programs that were beneficial to the individuals and brought attention to the college,” Mabry said.

A new program of the college is a television show called “SOAR” — Student Organizations and Activities Recognition. Each month the show features a student organization. The group’s president and advisor are interviewed so the public can see the service provided to the community.
“SOAR” shows can be viewed on Spectrum Channel 21 or SCC-TV at www.youtube.com/user/stanlytv/videos.

A recent show highlights the Bible Campus Ministry group. In addition to President Matthew Osborne and Advisors Rita Love and Joe Pollard, members are shown speaking about a book the group read and discussed, caroling at Spring Arbor, serving a meal at Community Table and doing a fundraiser to assist a family during a medical situation and loss of a child who was a member of the group.

“Although all the organizations worked on campus projects and activities like ‘SOAR,’ Fall Fest and SpringFling, it was interesting to read the ‘Soaring Eagle’ documentation reports on programs particular to each individual club. All of the active organizations are to be congratulated, and we are pleased to call attention to these five who met the award criteria for 2018-2019,” Neal said.