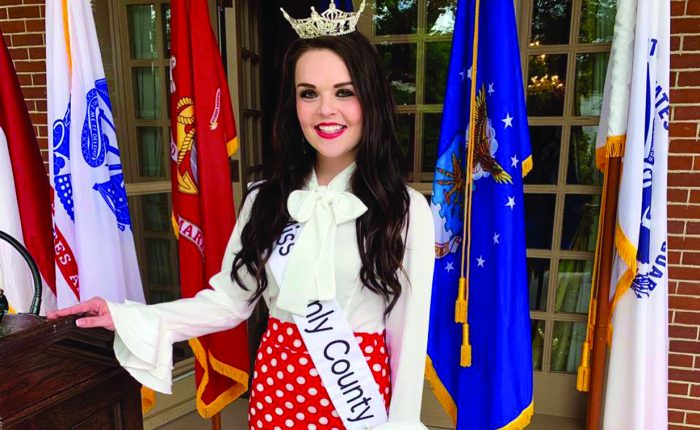 Since winning Miss Stanly County 2019 last October, Lauren Egan has been quite busy.

Besides continuing to advocate for suicide prevention awareness among veterans and working as a medical sales representative traveling throughout South Carolina, the Albemarle native has been working towards another goal: preparing for Miss North Carolina.

Egan, 24, is ready and excited to compete in her first Miss N.C. competition, which will begins this week in Raleigh.

She will be one of 42 contestants competing for the title — and if she happens to win, Egan would then compete in the Miss America competition later this year.

“I’m definitely very, very excited, but a little nervous,” she said about the upcoming competition.

But she says she’s “really ready” because “I have definitely prepared thoroughly for this.”

Having won Miss Stanly County Outstanding Teen in 2011, she took time off before coming back to compete last year to make sure she was ready “mentally, socially and career-wise.”

Now she has completed college — a Pfeiffer alumnus — and has worked several years in her career.

“I feel like I can offer a different perspective to a Miss N.C. than we’ve had in the past,” she said. “I’m definitely ready on all levels for that.”

After winning Miss Stanly County, Egan focused on her social initiative platform of raising awareness about suicide prevention among veterans. She chose this platform because of the number of patients she came into contact with who suffered from post-traumatic stress disorder. Many of her friends were also impacted personally.

“That was one of the main things that drove me to compete in Miss Stanly County,” she said.

Egan has performed at 5K races in honor of veterans, she has met with veterans at the W.G. (Bill) Hefner VA Medical Center in Salisbury and she was selected by Gov. Roy Cooper to sing “God Bless The U.S.A.” during the first N.C. Armed Forces Day in Raleigh at the Governor’s Mansion on May 17.

Egan has raised $1,220 for Children’s Miracle Network, a nonprofit organization that raises funds for children’s hospitals. It is the official charity sponsor of Miss N.C.

In the three days leading up to the Saturday show, which will be at 8 p.m. and air on ABC 11 in Raleigh, Egan and the other contestants will compete in an evening gown component, will answer an impromptu onstage question and will perform a talent. Egan will sing Christina Aguilera’s “Beautiful.”