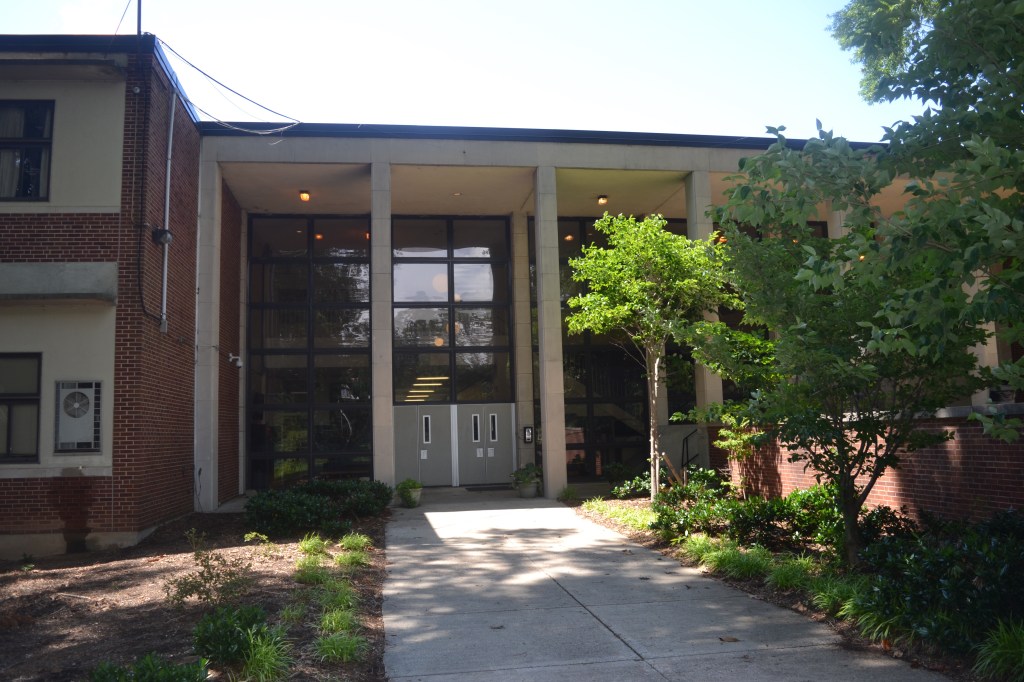 While school officials search for answers and implement new programs, Albemarle Mayor Ronnie Michael believes the time has come for a new strategy. He said the county should consolidate the current four high schools into two. For Michael, it is about the dwindling numbers, not just of students at Albemarle but at all of the county’s high schools.

“I just think that we don’t have enough students to support four high schools,” he said.

Michael said with only two high schools, more classes and opportunities could be offered to students.

He believes redistricting is needed to improve Albemarle.

“We need a stable environment at Albemarle and we need to look at redistricting to more evenly distribute our students,” he said.

The school’s enrollment for the past school year was 411 — 50 less students than four years prior. This year’s graduating class had 104 students.

The school lags behind the other county high schools when it comes to academics. The school has the lowest average SAT and ACT scores In Stanly County and it has been that way for years.

The school was recently ranked 435th out of 476 schools for its average SAT score (939), according to CarolinaSchoolHub, which provides rankings of the best schools in the Carolinas.

In 2017-2018, Albemarle had only 32 percent of students achieve a score of 17 or higher on the ACT — a standardized test similar to the SAT — which is the minimum score for UNC System’s admission requirement to state universities, according to Timothy Hatley, SCS director of testing and accountability. The county’s overall average score was 52 percent.

“We are the most diverse school in this county, but we are also the most disadvantaged,” he said.

During the 2018-2019 school year, Albemarle had almost 64 percent of its students enrolled in the free and reduced price school lunch program. The second highest high school was South Stanly High with 42 percent.

Approximately 70 percent of Albemarle’s students during the 2017-2018 school year were categorized as economically disadvantaged, according to the school’s report card given out by the North Carolina Department of Public Instruction. A much higher total than any other high school in Stanly. The second highest was South Stanly at 44 percent.

In Pinto-Dimeglio’s four years, he said he had four principals. During the first semester of his junior year, he did not have a teacher for his Spanish 1 class. He had a substitute teacher who did not speak Spanish, he said.

He said he had three track coaches, two band directors and two soccer coaches during his time at Albemarle.

The school has had seven head football coaches since 2009 — including six head coaches from 2012 through 2017.

“That’s tough on the kids,” said David Mueller, a special needs teacher at Albemarle for 20 years who recently retired. “Every person that comes in has a different flavor of what they want to do or think they should do.”

Besides a lack of staff retention, Pinto-Dimeglio mentioned the school lacks clubs and extracurricular activities other schools enjoy.

“The community remembers what that school was and we want to see it get back to that again,” Michael said.

Michael emphasized the importance for more trade classes in the high schools, particularly at Albemarle.

Albemarle has worked on integrating trade classes with more to come next year.

The past school year, the school started a firefighter program, where students can take classes needed to become a state certified firefighter. The school also offers a nursing program in conjunction with Stanly Community College.

In the fall, Albemarle will begin a new HVAC (heating, ventilation and air conditioning) program in partnership with SCC.

Even with its struggles, the school staff is optimistic and hopeful.

“We’re a family,” said Albemarle Principal Emily Shaw, adding that “the best is yet to come” for the school.