Two individuals have been arrested for allegedly breaking and entering into several residences in Stanly, Rowan, Guilford and Caswell counties — more than 50 in all, Sheriff Jeff Crisco said in a press release.

Stanly County has experienced a “rash of breaking and entering primarily focused on the southern end of the county that shared several specific characteristics,” a release stated. 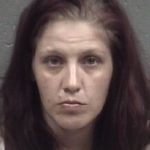 Following a tip on June 18, detectives obtained a vehicle description and tag number for two suspects that were wanted in other counties for breaking and entering. While patrolling for the suspects, detectives located and performed a traffic stop on Mary Elizabeth Barnes and Joey Earl Hill.

After arresting Barnes for outstanding warrants, and performing an investigation into the vehicle. numerous stolen items were located and both suspects were taken into custody. 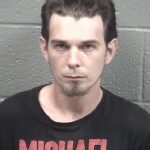 A search of their residence revealed a large amount of property stolen from multiple counties.

After consulting with Guiford, Rowan and Caswell counties, it is believed the two may be responsible for more than 50 breaking and enterings, the release stated.

Property is being recovered from pawn shops in Mecklenburg, Rowan, Guilford and Cumberland counties as the investigation continues.

A court date has been set for Monday.