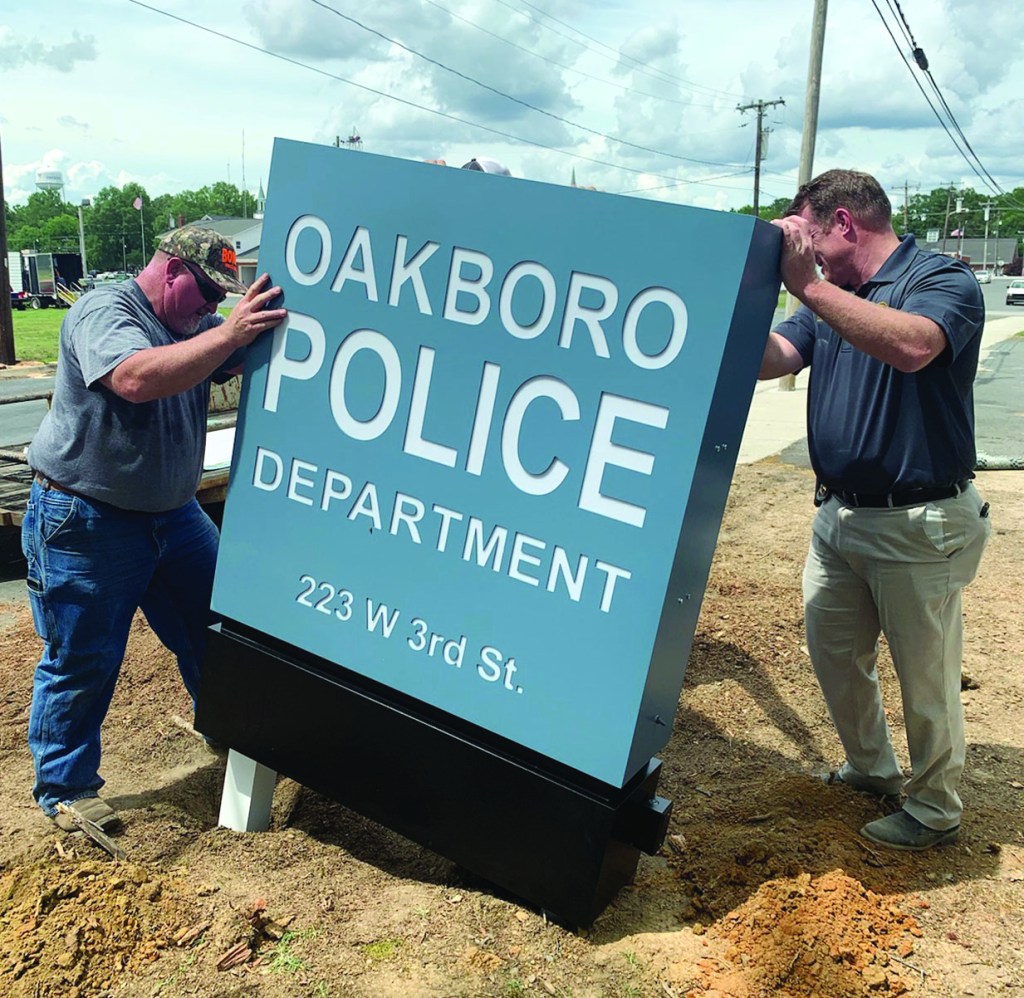 The Oakboro Police Department is in the process of transitioning from its current headquarters on Main Street to a new home a short walking distance away.

The new location will be West 223 Third St., right across the street from the town’s fire department.

He said “there’s just not enough room” for his 15 officers.

The new location used to be the dentist office of Dr. Charles Bobo, before he moved earlier this year to another larger location in town.

The new location is much bigger for the police department. It’s almost 3,000 square feet compared to the current headquarters of about 1,000 square feet.

“I call it divine intervention,” Smith said of the town purchasing the building.

The town acquired the building in early February.

The inside renovations cost around $20,000, Smith said.

The police department will officially move into the new building sometime in the next few weeks.

The building will be named after Oakboro officer Damon Smith, who was killed while on duty in 1996.

“We’ll have enough property to breath and move and do community events,” Smith said. “It gives us space and room to grow for the future.”