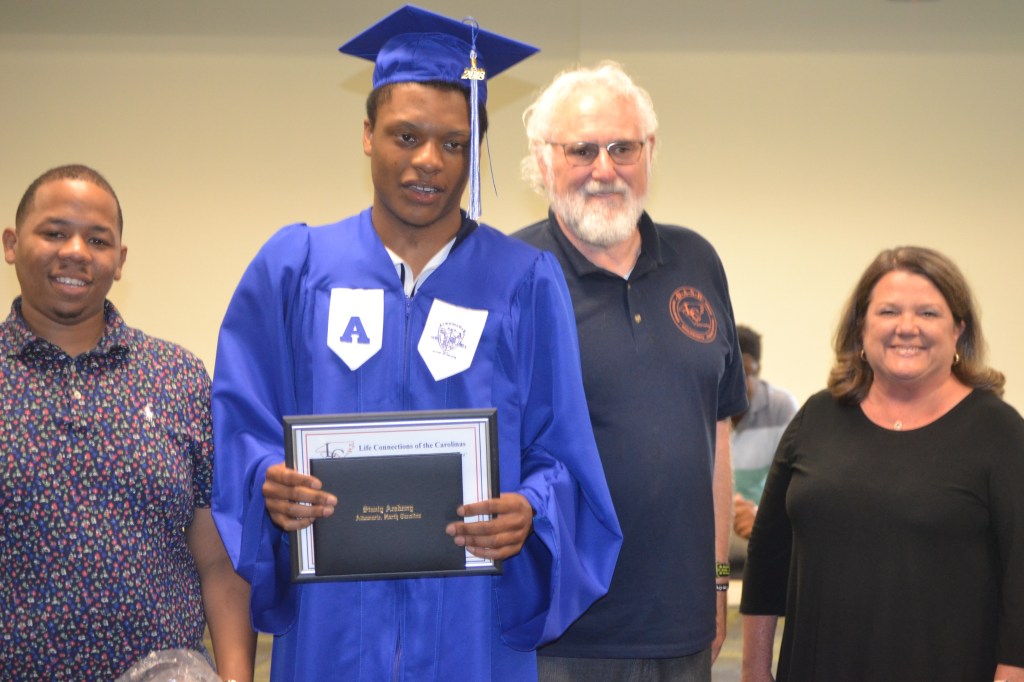 Jevon Blackmon, along with Ben Roundtree, Glenn Smith and Vicki Calvert, smiling as he graduates from both the DASH program and Stanly Academy Learning Center.

But there should have been 14.

The ceremony served not just as a chance to honor student achievement, but also as a  moment for a grieving community to remember and celebrate the life of a young man who recently passed.

Joseph Marcell Desouza, 17, was a member of DASH who was going to graduate.

Fredia Owens, the Stanly program coordinator, was in the process of picking out a shirt and pants for him before she learned of his death as a result of a shooting Saturday outside his home.

“My heart is heavy,” said Owens, who mentioned she last spoke with Desouza on Thursday. “He was the life of DASH.”

“He was my friend,” said graduate Madellyn Huneycutt. “He was funny, sweet and kind…He will always hold a special place in my heart and I will miss him.”

Brian Williams, one of the DASH mentors, said he remembers Desouza as being “a joyful kid.”

Student C.J. Harris sang the first verse of “Amazing Grace” — and the crowd, many in tears, powerfully sang along with him.

DASH was started 16 years ago in Mecklenburg County by Glenn Smith, founder and executive director of Life Connections of the Carolinas, Inc. (the parent organization) as a way to mentor young kids to make sure they stay on the right path and out of jail. The program’s slogan is: “Keeping kids out of jail and keeping families connected.”

Smith was inspired to create the program in part based on what a former inmate told him while he was working in the Mecklenburg County Jail.

“One day you were brought to this planet and someday you will leave this planet and…in between (that time) there’s going to be a dash,” Smith said the inmate told him. “How are you going to live your dash?” 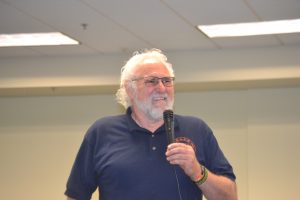 DASH now has 15 programs in 13 counties in the state. DASH has been in Stanly for about three years.

The students, ages 7 to 17, are referred to the program through either the juvenile court system or through a community official like a teacher or pastor, Owens said. The program lasts six months to a year.

They meet weekly with mentors in the community who work to make sure they are staying on the right path and are doing the things necessary to be successful. Stanly’s DASH program has at least 10 mentors, Owens said.

DASH has had a real impact on the students, members said.

“It means a lot to me because it kept me out of trouble,” said Marquavious Little, 16, who was in the program for six months. “They pushed me to get into TarHeel ChalleNGe Academy and get my education.”

“It’s kept me on the right path,” said Jevon Blackmon, 19, who is from Albemarle and received both his DASH diploma and his diploma from Stanly Academy Learning Center during the ceremony.