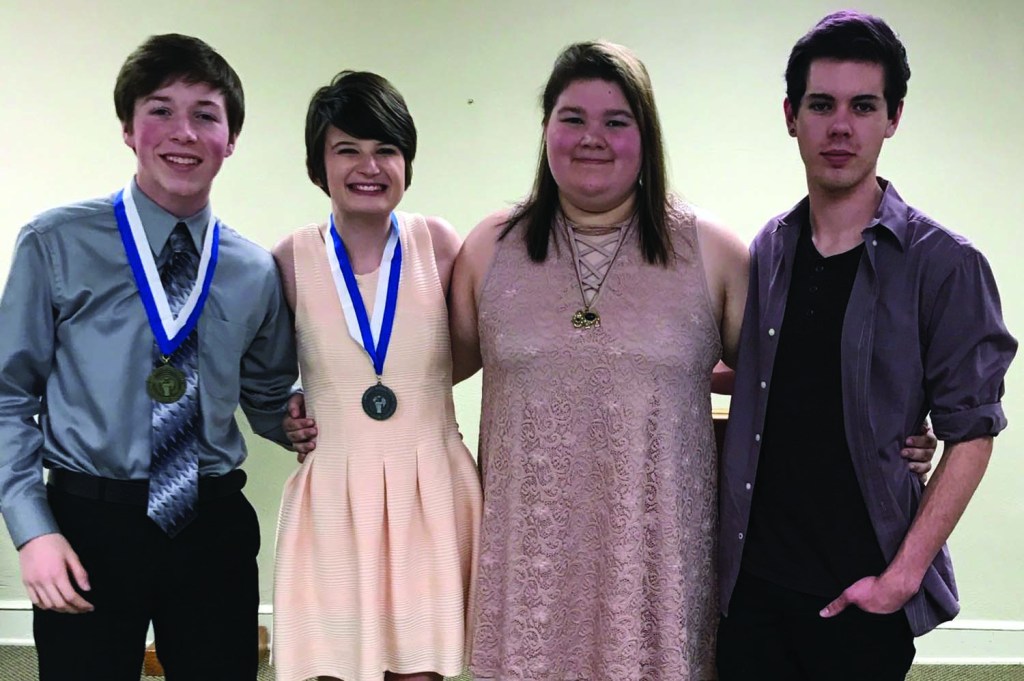 Students are required to prepare a four- to five-minute speech on a preassigned topic. This year’s topic was “Is There a Fine Line Between Optimism and Reality?”

Eight Stanly County Schools were invited to participate in the contest, which designed to assist youth in gaining public speaking experience and provide them with an opportunity to compete for college scholarships.

Albemarle’s top two club contestants were Graham Tucker and Brittany Sides.
Graham is the son of Wes and April Tucker of Oakboro and Rebekah Carlyon.
Brittany is the daughter of Stan and Michelle Sides of Oakboro. Tucker and Sides.

Both of these 2019 graduates of West Stanly High School advanced to the regional competition in Salisbury.

Graham placed in the top two at the regional and advanced to the district competition held in Southern Pines.

The Albemarle Optimist Club has held the Optimist International Oratorical Scholarship Contest since 1955.

The Oratorical Contest is open to students under 18 as of last Oct. 1 and who are educated in the United States, Canada or the Caribbean.