One of Albemarle’s longest-serving state employees is retiring after more than three decades of service. 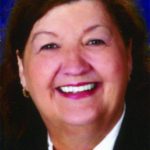 Pam Woods, who has worked as an administrative specialist for the N.C. State Highway Patrol for almost 34 years, is retiring on Friday.

Woods is an assistant specialist, who handles secretarial duties for the state’s second district office. She is also responsible for handling driver complaints in the district. Before arriving at the Highway Patrol, she worked for the Department of Transportation.

Woods said theHighway Patrol is sometimes viewed negatively by area residents because of the amount of tickets officers write. However, employees have a lot more duties.

“There’s a lot of things that the Highway Patrol does that people don’t see,” Woods said.

Highway Patrol troopers in the area have often helped drivers on the road with things like tire changes, fueling and police escorts.

It’s also pretty common for relatives of family members who died in a car accident to stop by the Highway Patrol office. She talked about a few instances where families of drivers had turned to their office for closure. When this happens, Highway Patrol staff try to console and counsel those who are grieving in any way they can. She said many of the people who have come in still keep in touch with her.

“People don’t just come to our office for a visit,” Woods said. “They’re here for a reason.”

During her time at the Highway Patrol, Woods said she’s seen a lot of changes, particularly with safety on the road.

“We’ve seen a lot more fatal accidents due to safety issues,” she said.

Woods said a lot of fatalities on the road are due to drivers not taking proper safety precautions, like buckling their seat belt or distracted driving. A lot of accidents on the road are also due to impairment from drugs or alcohol while driving, she said.

While Woods adores her job, things haven’t always been easy for her. Woods was diagnosed with cancer in 2005. The cancer returned in 2017.

Woods said the thing she will miss most about her job is the people. She’s made countless friends from all over the state through her work.

Jackson has only been at the Highway Patrol office on Concord Road for a few months, but he says Woods has already had a tremendous impact on him.

“She’s friendly, and she’ll help anyone at any time,” Jackson said. “We will sorely miss her.”

Upon retirement, Woods will receive the Order of the Longleaf Pine Award, the highest recognition for state service granted by the office of the governor. The award is only given to those who have 30 or more years of service.

After the Highway Patrol, Woods plans to spend more time with her family. She also has some travel plans.